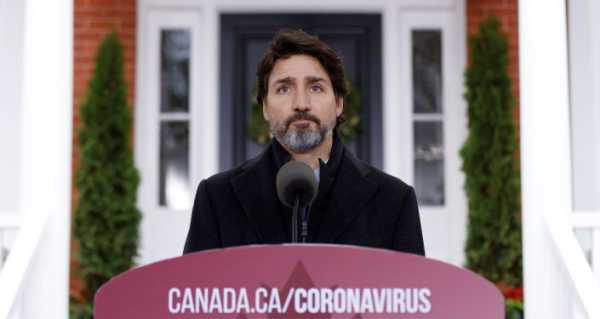 Without the new accord, the UK and Canada would face tariffs on trade from January 1, when the Brexit transition period ends. After this date the UK will no longer be part of CETA, the EU-Canada trade agreement that came into force in 2017. Total trade between the two countries was worth about £17 billion in 2019.

The UK is set to sign a new trade agreement with Canada to replace the existing deal it has through European Union membership, the government has announced, according to the Department for International Trade.

UK Prime Minister Boris Johnson and his Canadian counterpart Justin Trudeau reached the “agreement in principle” during a video call on Saturday, the Department for International Trade (DIT) said.

The trade deal would be a boost to Johnson in his efforts to plot a new course for Britain as a global trading nation outside the EU.

The DIT said the deal with Canada paves the way for negotiations to begin in the new year on a comprehensive deal with Canada, which Brexiteers have touted as a benefit of leaving the bloc.

Johnson said, as quoted by the Independent: “This is a fantastic agreement for Britain which secures transatlantic trade with one of our closest allies. British businesses export everything from electric cars to sparkling wine to Canada, and today’s deal will ensure that trade goes from strength to strength.”

Trade Minister Liz Truss tweeted that the deal would be good for British business, providing certainty and bringing the UK closer to joining the Trans-Pacific Partnership.

Canadian Prime Minister Justin Trudeau last week said the two countries could wrap up negotiations on a new trade deal by the end of the year.

The Canada deal would be the second major trade deal announced by Britain in less than a month, after it agreed to terms with Japan in October. Meanwhile, trade negotiations are ongoing with countries including Australia, New Zealand and the United States.

But the UK still needs to roll over 14 other EU agreements by January 1 to avoid defaulting to World Trade Organization terms on trade with countries including Mexico, Turkey and Singapore.

The Canada breakthrough would be a relief for the UK as it continues to seek a breakthrough in talks with the EU, its largest trading partner, over their own future economic relationship.