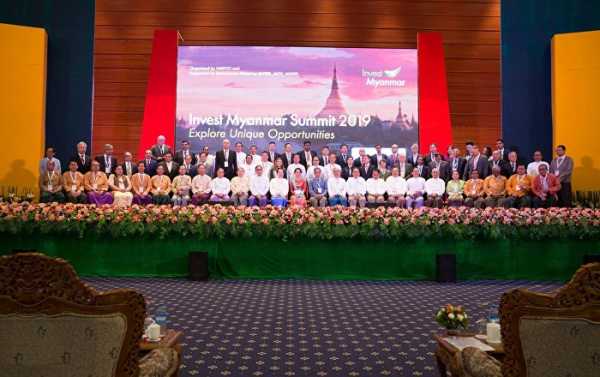 Myanmar leader Aung San Suu Kyi is hosting the first official forum for international investors in her country and is touting its commitment to reforms and national unity, as well as lucrative business opportunities in the growing domestic market.

Speaking at the opening of the two-day business gathering at Myanmar’s capital Nay Pyi Taw, State Counsellor Suu Kyi sought to alleviate investor concerns regarding the slow pace of economic reforms, insufficient infrastructure development, and political risks in her country.

Suu Kyi said Myanmar has huge economic potential as many of its industries have yet to develop. The State Counsellor also said her country has a predominantly young population, cheap workforce, a growing domestic market, and an advantageous geographic location.

“I stand here to reaffirm our commitment to continue our reform and to build an investment-friendly environment,” Suu Kyi said.

The Myanmar Invest Summit 2019 is the first official investment forum to have taken place in the country. According to the state media, the summit provides an opportunity to domestic and foreign investors to assess the investment potential of the country, which, for a significant part of its recent history only made global headlines in connexion with political events.

The Summit is also designed to give investors a glimpse at Myanmar’s social life and culture, which remain largely unknown to the world.

“Please do come to Myanmar, soak in an atmosphere brimming with opportunities and witness our new-found economic vibrancy with your own eyes,” Suu Kyi said, addressing a gathering of CEOs, diplomats and reporters at a Nay Pyi Taw conference hall.

Suu Kyi also explained some of the reforms she’s launched since forming her administration back in 2016.

Myanmar, however, has a poor reputation among the international business community due to the so-called Rohingya crisis that flared up in 2017. International organisations have accused the Myanmar military of engaging in an alleged genocide of the nation’s Muslim minority — accusations firmly denied by Nay Pyi Taw.

Myanmar officials have maintained their military operation in Rakhine state is aimed at fighting Islamic terror activity and ethnic separatism and doesn’t represent an attempt at or actual ethnic cleansing, as some foreign observers have described the events.

Suu Kyi focused on the Myanmar economy during her speech at the Summit. She highlighted her government’s commitment to the Myanmar Sustainable Development Plan (MSDP), which revolves around the State Counsellor’s vision of social, economic, and environmental reforms.

Over the past few years, China has been Myanmar’s main investment partner. Chinese companies are building an oil-and-gas pipeline from Myanmar’s Indian Ocean coast to the Chinese province of Yunnan, which would allow Beijing to diversify its oil-shipment routes.

Most of China’s oil imports are currently sent through the narrow Malacca Strait, which, some officials in Beijing believe, could be blockaded by the US or another foreign power if military tensions worsen.

Suu Kyi, however, said foreign investors from countries other than China are welcome in Myanmar. She unveiled more than 120 investment projects in the country, worth more than $3 bln, which she said were a highly-lucrative opportunity in terms of returns-on-investment (ROI).

She also pointed out Myanmar’s active projects, including the Myotha Industrial Park City in Mandalay and Thilawa Special Economic Zone, are generating millions in profits.

However, investors are wary of the recent projections issued by the World Bank. The international body said it expects the Myanmar economy to shrink 6.2 percent in fiscal 2018-19 after a 6.8-percent contraction the previous year.

Economists said international outrage over the Rakhine events, as well as a decline in Myanmar’s exports of agricultural goods — coupled with a plunge in the international price of rice — would drag the nation’s economy down in the near-to-medium-term.