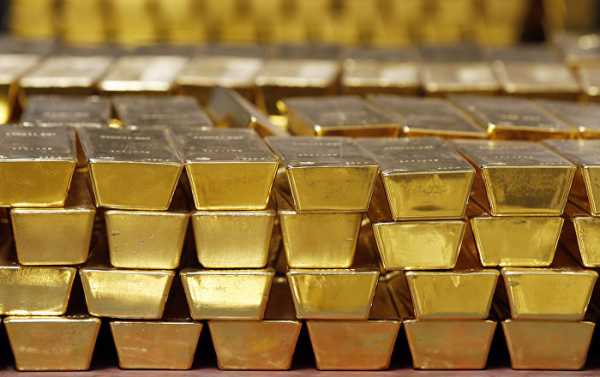 Wuhan Kingold Jewelry Inc., a company specializing in the distribution and manufacture of jewelry products has been trading gold since 2002. It has now been accused of engaging in a major counterfeit scandal, probably the most significant one in recent years.

Chinese manufacturer Wuhan Kingold Jewelry Inc. is currently accused of depositing fake gold bars as collateral to obtain loans worth over 20 billion yuan ($2.8 billion), according to the Caixin website. Many observers believe that the scandal has highlighted the importance of using cryptocurrencies such as bitcoin as collateral.

Wuhan Kingold Jewelry Inc is the largest private jewelry manufacturer and “gold processor” in China’s Hubei province and is also listed on New York’s Nasdaq exchange. Over the last five years, the company has been receiving gold-backed loans from around 14 Chinese financial institutions. But it  turns out, that at least part of the 83 tonnes of gold bars used by the jewelry manufacturer as collateral were fake.

China’s public security department is now reportedly investigating the incident and the extent of the fraud, but the company’s chairman, Jia Zhihong, in an interview with Caixin, denied that Kingold Jewelry faked the gold.

He also reportedly told one of the lenders, Minsheng Trust, which also suffered from the scam, that “some of the gold the company acquired in the early days had low purity”, denying fabrication on the company’s part.

Minsheng Trust and Dongguan Trust have now filed a lawsuit against Kingold Jewelry, demanding the insurance company PICC P&C  cover their losses. The company has also been disqualified as a member of the Shanghai Gold Exchange.

Crypto supporters argue that the scandal highlights the importance of bitcoin as the currency does not have any physical back-up and cannot be counterfeited. Transactions of cryptocurrencies are validated by their journey through the blockchain which analysts believe can prevent the possibility of double spending.

One dissenting voice is investment bank Goldman Sachs, which argued in May that cryptocurrencies could be a “conduit for illicit activity” and generally do not belong to a recognised “asset class”.

TikTok: US Investors Line Up to Get a Slice of China’s Embattled Hit App