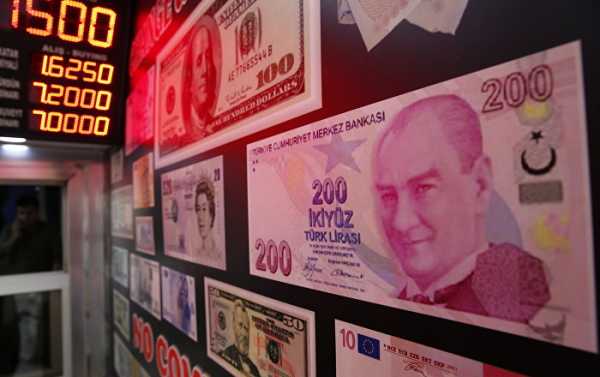 MOSCOW (Sputnik) – Standard & Poor’s has lowered Turkey’s long-term sovereign credit rating to “B+” from “BB-” over the extreme volatility of its national currency, while maintaining the outlook at stable.

“Over the last two weeks, the Turkish lira has exhibited extreme volatility. This follows Turkey’s prolonged economic overheating, external leveraging, and policy drift,” it said in a statement on Friday.

The US ratings agency considers bonds rated below “BBB-” as a risky investment, or “junk.” It also predicted that Turkish economy would shrink next year.

The Turkish lira lost has lost around a third of its value against the US dollar since the start of 2018. It took a dip last week after the United States announced economic sanctions on Ankara over jailed US pastor Andrew Brunson.

Turkish Finance and Treasury Minister Berat Albayrak said Thursday that Ankara would stick to strict financial discipline, whose main priority will be the reduction of inflation to less than 10 percent.

Last week, Turkish President Recep Tayyip Erdogan accused Washington of waging “economic war” against Ankara after the increased levies were announced. In response, Turkey doubled tariffs on some US imports, including cars, alcohol and tobacco.

Turkey’s national currency Lira lost more than 20 percent of its value since US President Donald Trump authorized a 20 and 50 percent tariff hike on imported Turkish aluminum and steel, respectively.

According to The Financial Times, the Turkish authorities will seek legal action against news publications and social media accounts that spread provocative or fake news which could affect the country’s financial sector amid the current record devaluation of the Turkish lira.

In turn, Erdogan vowed Tuesday Turkey would boycott the US electronic goods, adding that his country would further work to produce and export more goods, as well as provide employment opportunities to the Turkish citizens.