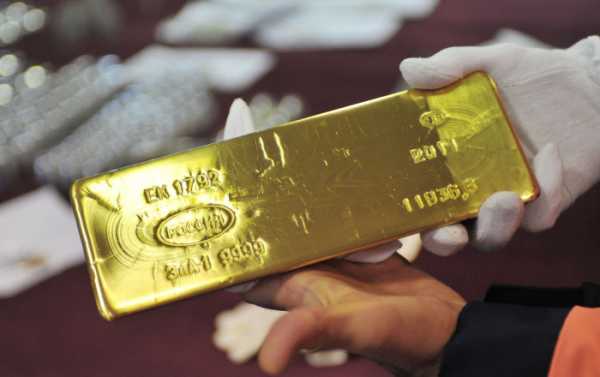 According to fresh Bank of Russia figures, over January,  the country’s foreign currency and monetary gold bullion appreciated 1.4 percent, or by almost $8 billion, following the past few years of active purchases of gold, the top reserve asset.

As of the end of January 2020, Russia’s international reserves have hit their pre-crisis level: just before the global recession in September 2008, the estimate stood at $560 billion, the Bank of Russia website states.

By six months after the 2008 global crunch (by March 2009),  Russia’s international reserves had shrunk to $376 billion, after which they gained value again until winter 2014, when they once again dipped back to their 2009 level.

Russia’s international reserves, which are high-liquidity foreign assets at the disposal of the  Bank of Russia and the Russian government, include a foreign currency cushion, special drawing rights (SDR), IMF reserves and monetary gold bullion.

It was earlier estimated that Russia’s foreign debt had recently reached $481 billion, with the increase due to the acquisition of ruble and foreign currency-denominated sovereign debt by non-residents.

Separately, Russia managed to retain its recently-achieved fifth place among countries boasting the largest gold reserves. The country thereby boosted  its lead over China and almost closed in on third and fourth place-holders Italy and France, January statistics from Russia’s Central Bank show.

According to the estimates, Russian gold reserves grew by 159 tonnes in 2019 to a total of 2,270.56 tonnes (73 million ounces), amid the ongoing de-dollarisation push.

In recent yesars, Russia has bought gold, yuan, euros and other currencies while limiting the dollar’s proportion in its international reserves, dropping greenbacks and Treasuries in response to several rounds of Washington-instigated economic limitations.