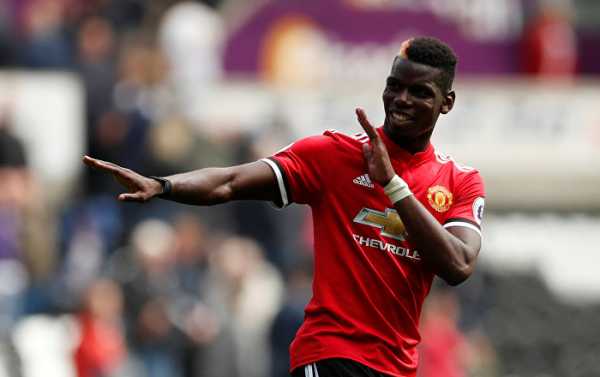 Rumors have been circulating of the French international being at odds with United boss Jose Mourinho, fueled by a number of Pogba’s ambiguous implications.

Former Manchester United captain Wayne Rooney has insisted that World Cup winner Paul Pogba must shoulder responsibility for his own performances in order to lead the team to claiming titles.

Pogba met a barrage of criticism for his performance as the team played against Brighton, with the Red Devils beaten for the first time this season, after which he as a captain put the blame on his side’s outfit and attitude at large, prompting rumors of his tense relationship with the club’s manager Mourinho.

“My attitude was not right. It has to be a big lesson for us. They had more hunger than us. I put myself first, that my attitude wasn’t right enough. We made mistakes we shouldn’t make,” Pogba said in the wake of the defeat to Brighton.

Rooney, though, believes that Pogba, who was signed by Manchester United for a Premier League record fee of $115 million in August 2016, is the person who can obviously fulfill the expectations that arrived with his whopping price tag.

“He is a fantastic player but he has to do it for himself,” United’s record goal scorer and now a D.C. forward told CNN World Sport, developing the idea still further:

“You hear a lot of people saying Jose Mourinho needs to get the best out of him but he needs to do it for himself and prove he’s at that level to help Man United.”

“If they’re going to win the title, he’ll be the main player in terms of them doing that,” Rooney summed up.

There have been reports that Mourinho and Pogba have fallen out at Old Trafford, though Manchester United chiefs deny this. Separately, Pogba raised some controversy when he addressed a number of journalists saying “there are things I cannot say otherwise I will get fined,” Sport reported.

United is getting ready to clash with Tottenham at their home stadium Old Trafford on Monday, with pressure increasing on Mourinho, who has been severely lambasted recently for his club’s failures.