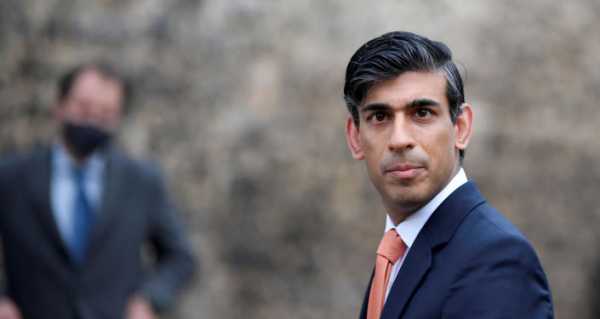 Labour shadow chancellor joined the conservative TaxPayers’ Alliance and tax consultants at PricewaterhouseCoopers in attacking plans reportedly under consideration by the Treasury to scrap Council Tax and Stamp Duty and raise Corporation Tax.

The Times reported that treasury officials had drawn up plans to reverse some of former Tory chancellor George Osborne’s huge cuts to Corporation Tax — which fell from 28 to 19 per cent — in the March 3 budget, as the UK is set to emerge from its third coronavirus lockdown.

Other ideas reportedly in the works are the abolition of stamp duty — the tax on buying property or company shares — and replacing Council Tax with something akin to the property rates abolished under late prime minister Margaret Thatcher. Those moves would reportedly be “revenue-neutral”, not changing income to the exchequer, but would see those with more expensive homes paying more than they do now.

The ‘kite flying’ leaked plans were criticised by Tory backbenchers, the TaxPayers’ Alliance, academics and tax accountants. Even opposition Labour Party shadow chancellor Anneliese Dodds slammed the plans to shift the tax burden from poor to rich, in a tweet on Sunday.

The University of Buckingham’s Professor Philip Booth backed abolishing council tax and stamp duty, but warned: “This must not be a creeping wealth tax.”

PricewaterhouseCoopers tax partner Iain McCluskey said a return to rates-style property tax would be unfair to those living in areas like London and the South East with inflated property values.

​Sunak has been criticised in some quarters for laying out trillions in relief to workers and businesses to keep the economy ticking over through the Covid-19 crisis. The mass roll-out of coronavirus vaccination begun in December has raised hopes that lockdowns and other restrictions could end for good this spring, once the most vulnerable to the virus — some 14 million people — have been immunised. But some warned against raising big business taxes to cut public debt.

Some landlords were also unhappy at the prospect of paying tax on their properties while their tenants might have to pay nothing for local services:

​Council Tax was introduced in 1993 to replace the Community Charge or “Poll Tax” brought in across Britain in 1990, replacing the existing domestic rates — based on a percentage of property value — with a fixed per-capita levy. That shifted the tax burden from rich to poor and prompted mass protests and riots that helped force Thatcher’s resignation later that year.

Council tax is levied by property value bands, with discounts for homes where only one adult lives, students, disabled adults and others.

Stamp duty was reformed in 2014 to exempt first homes worth less than £500,000 ($680,000), while hiking the rates on more expensive properties and imposing an extra charge on second homes.