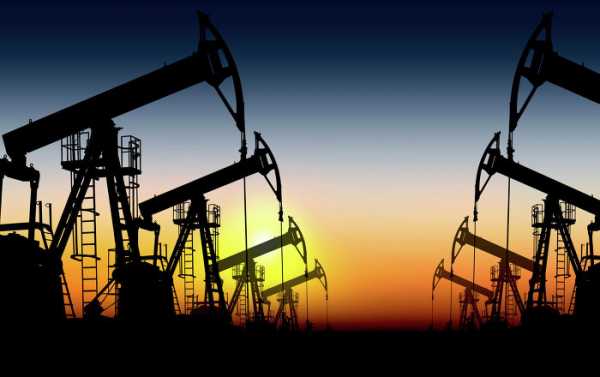 OPEC and Russia’s oil output cut quadrupled by Donald Trump’s pullout from the Iran nuclear deal have catalyzed an increase in oil prices. Speaking to Sputnik, analysts shared their prognoses on crude oil price fluctuations in 2018-2019 and within the next 10 years.

Brent crude is likely to reach $100 per barrel, but not overnight, analysts told Sputnik, commenting on the oil race in the aftermath of Donald Trump’s decision to tear the Iran nuclear deal up.

“Definitely, oil prices will hit $100 in 2019, but a better question to ask is when will we see it? I anticipate this summer (2018), but more like a hit-and-miss, hovering around $100 or higher briefly at the peak summer holiday season and dropping to around the $80 level in the low peak autumn season,” a political analyst and Asia-Pacific commentator for China’s national TV broadcaster CNTV presumed.

The analyst noted that “the global economy is enjoying higher than expected growth rates” due to the lull in US-China trade wars. He believes that “the vibrant economy in China, the US, emerging markets and much of the world will spur huge demand for oil and gas, driving prices higher, but they will not skyrocket, due to a soaring oil and gas supply entering the global markets as well.”

Indeed, in response to the Brent hike to $80 p/b last week, Saudi Arabia assured the Indian government that Riyadh and other crude producers “will ensure availability of adequate supplies to offset any potential shortfalls” and sell oil for “reasonable” prices.

McGregor suggested that 2019 would be more profitable for oil producers with crude prices “hovering at around $100 at peak pricing when energy demand is highest during the summer and winter seasons.”

For his part, Charles Ortel, a Wall Street analyst, investor and investigative journalist, noted that “speaking about global average oil prices, and not considering regional and national supply/demand imbalances… oil prices are headed upwards because the American economy is strong and getting stronger.”

What Will Happen to Oil Prices in the Next 5-10 Years?

As for a long-term prognosis, the Wall Street analyst assumes that in the next five to 10 years “oil prices may average, year by year, in the $75 to $100 per barrel level absent massive hostilities that would spike oil prices during the conflicts.”

He underscored that while “on the one hand, rising economies will consume much more oil as they grow, on the other hand, already wealthy nations are dedicating themselves to energy conservation so their internal demand may not contribute as much to price support.”

Commenting on a potential future increase in the price of crude oil, McGregor noted that one should take into consideration the US political realities: In case Trump is re-elected in 2020 it is most likely that the economic growth rates will remain high, driving crude prices up. Having taken global inflation into consideration one may expect oil prices to be between $100-200 within the next 10 years. 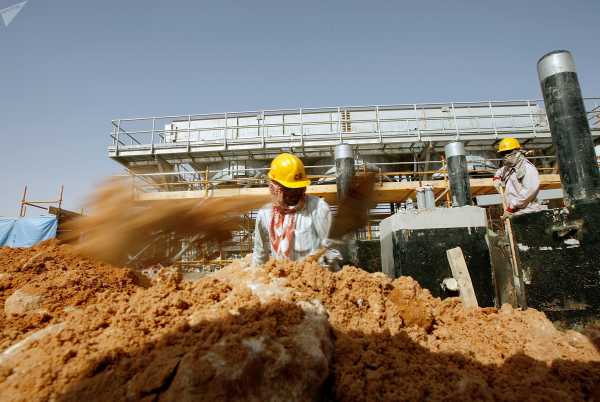 Winners and Losers of Oil Race

According to Ortel, “the United States, Canada, Mexico, Russia, Brazil, and Mideast oil-exporting nations will likely gain the most from rising oil prices.” At the same time, “many European nations (except the UK), India, China, and many developing nations without oil reserves will be hurt,” he foresees.

For his part, McGregor believes that China and Southeast Asian countries could emerge as winners if they utilize new drilling and explorations technologies and start exploring oil on a massive scale.

He expressed doubts that Mexico and Venezuela would be able to capitalize on the recent oil hike “as voters support far Left leaders who do not show care for domestic oil production and are refusing to work with international firms in a reasonable manner.”

If Africa tackles the challenge of terrorism the continent may become one of the biggest crude producers, McGregor believes.

How Trump’s Policies Will Affect the Global Status Quo

Meanwhile, Trump’s tough trade policies and bold moves on the global arena may affect the global balance of power.

According to Ortel, “the impending collapse of the Iran deal, and other factors, may lead to a change in the Iran government.”

“After a transition, if a new government emerges that wishes to promote economic growth and prosperity, the evolution of Iran to more engaged peaceful activities likely will support regional oil prices and regional business growth across the Middle East,” he envisions.

He also predicts that a Sino-American trade agreement will reduce some imbalances created by several decades of “offshoring” production to China.

On the other hand, he warned that “managing the investment bubble that has long been inflating inside China, while also continuing to increase military spending will provide challenges to China.”

In a scenario offered by McGregor, the Iranian government structure remains intact. According to the Beijing-based analyst, Tehran will rely more on China and Russia for oil deals, while the EU trades with the US and its allies. As a result, “two major oil triangle superpowers” could emerge: China-Russia-Iran and US-Saudi Arabia-Brazil, the commentator noted.

“I see all six of these countries as leading exporters of oil and gas deals, 5-10 years later. The rivalry will heat up, but create positive competition, meaning that hot wars will not erupt, since all those nations seek to reap the profits big-time from oil and gas projects,” he said.

Oil Prices Will Rise, But Timing is Difficult to Predict

He pointed out that over the past decade new factors have come into play complicating the forecasting. However, there are a number of major trends to take into account.

“Certainly, the US shale revolution provoked a sharp correction in prices, however the durability of shale is somewhat controversial,” Kraus noted. “The largest American field, the Permian Basin, is predicted to run dry within a decade — but for now, production growth is continuing.”

At the same time, “the economic collapse in Venezuela, only partially attributable to American sanctions has decreased production quite sharply,” the asset manager pointed out adding that “this, along with good OPEC discipline, Russian cooperation with OPEC, and now the fear of a sharp reduction in Iranian supplies given unilateral American sanctions is keeping prices hovering around $80.”

“Despite all the talk of electric cars, global oil consumption is rising steadily at about 1.5 percent per annum. This is not about to change,” Kraus emphasized.

He further highlighted that “the main oil fields are seeing a gradual depletion, and given the cut-back in exploration budgets, this decline is not being compensated for with new discoveries.”

“Shale cannot replace the entire decline, therefore, ultimately prices will rise, although the timing is difficult to predict,” the asset manager concluded.