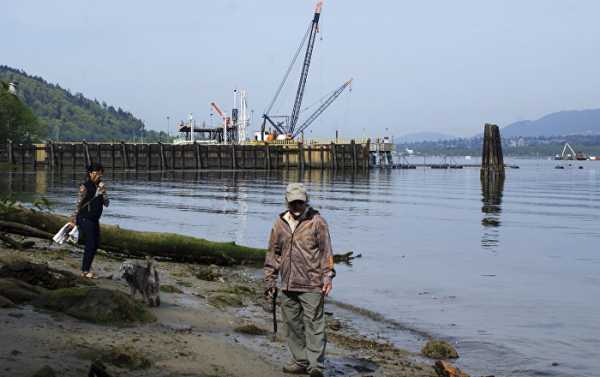 The pipeline is a part of a sales deal between US company Kinder Morgan and Canadian government; the deal also includes the Canadian government’s purchase of the transnational Puget Sound Pipeline, which crosses the border between two nations.

Under the terms of the deal, Canada would pay $3.5 billion to the US company for the pipelines and other assets, but the deal may fail because of the tariff war that has broken out between the neighboring nations.

The culprit here is that the US administration must authorize the deal on two levels. One is the Committee on Foreign Investment in the United States, an interagency, Cabinet-level body tasked with reviewing any national security issues around such deals. The other is the State Department, but it requires a “presidential permit” to proceed. Effectively, President Trump has the final say on whether the deal goes through.

The previous administration preferred not to interfere in such deals, a report by The Hill says. However, the outlet points out that there are signs of trouble all over.

First, the deal’s closure date has been moved from this month to early in the fourth quarter of this year. Furthermore, the Canadian government should have already published a review of the deal, but that report is nowhere to be seen. According to The Hill, this already signals that the project is not “on track,” but the ongoing tariff war may derail it even further.