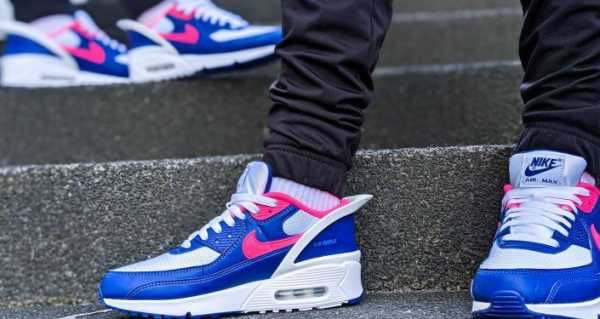 Joe Hebert, owner of West Coast Streetwear (WCS LLC.) and son of now-former Nike executive Ann Hebert, was featured last week in a Bloomberg Businessweek article. During the interview, the 19-year-old business owner bragged about his company’s reselling profits and, inadvertently, revealed he purchased shoes with his mother’s corporate card.

Hebert’s resignation comes less than a year after she replaced the outgoing VP/GM.

At the time, Heidi O’Neill, Nike’s president of consumer and marketplace, underscored that Hebert’s role would be related to “providing consumers with the most innovative product and compelling services and experiences to deliver long-term sustainable growth for Nike.”

These responsibilities also included accelerating the “Consumer Direct Offense” in North America, which is linked to the recent shoe resale industry boom in the US.

The 19-year-old, who also goes by ‘West Coast Joe,’ told Hunt that “if you know the right people” in Portland, Oregon, one can get “access to stuff that, like, a normal person would not have access to.”

In an attempt to verify profits earned by his company, Joe Hebert provided the outlet with past credit card statements. However, it was Ann Hebert’s name, not his, that was on the bank document.

According to Nike, Hebert’s resignation came of her own accord.

“There was no violation of company policy, privileged information or conflicts of interest, nor is there any commercial affiliation between WCS LLC and Nike, including the direct buying or selling of Nike products,” Nike spokesperson Sandra Carreon-John told Bloomberg.