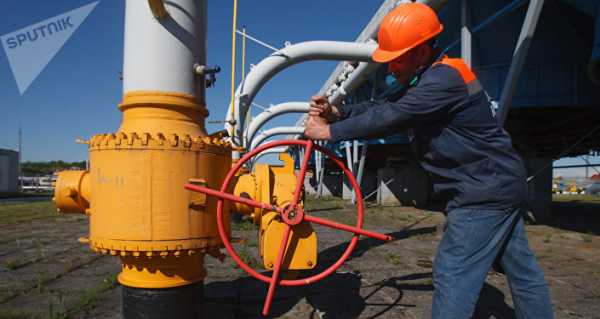 At the same time, EU countries are struggling to agree on their policy towards Nord Stream 2 – a joint project between Russia’s Gazprom and European energy giants, designed to deliver 55 billion cubic metres of natural gas from Russia per year. The pipeline has been facing sanctions pressure from the US, who wants the project to be shut down.

Gas prices continue to spike in the EU, with a thousand cubic metres of low-emission fuel costing $295 on the Dutch spot market TTF on 2 May. Two days ago, the price crossed the landmark of $286 – a level previously seen in January 2021 amid a notably cold winter in Europe.

The surprising growth in gas prices amid the approach of spring has been facilitated by two factors – a general decline in gas stockpiles in the EU due to a cold winter and a reduction of liquefied natural gas (LNG) shipments. European gas storage facilities are currently around 30% full, which is lower than the 41% average seen in the last five years. Additionally, this April was the first time the EU’s gas stockpiles had diminished instead of expanded. The bloc is currently restoring its gas reserves by 0.1% per day.

Last week’s 8% reduction in LNG supplies has only worsened the situation, contributing to the spiking price for a fuel that is in high demand in Europe, who are using it as a temporary source of energy as they transition to meet their 100% green energy goal. LNG supplies to Europe in 2021 have seen an overall reduction of 4.8% compared to last year.

The current drop in the EU’s gas stockpiles is also taking place against the backdrop of the uncertainty regarding the fate of Nord Stream 2. The project is facing pressure from the US government, which wants the pipeline to be shut down and the EU to buy American LNG instead. At the same time, the German government and several European gas giants who have invested in the project are protecting it and seeking a way to avert American sanctions. The Nord Stream 2 pipeline is expected to deliver 55 billion cubic metres of natural gas from Russia to the EU each year at a price much lower than that of LNG.