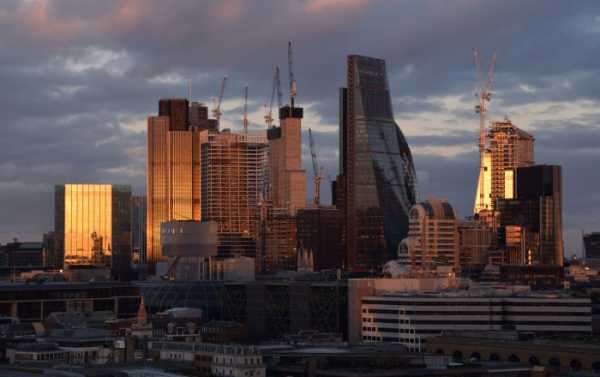 As countries pump hundreds of billions of currency into their economies the question of ‘who will pay for it’ inevitably emerges, with adherents to Modern Monetary Theory say that countries such as the UK and US, who have sovereign control over their own currencies, need not worry about such arguments.

Modern Monetary Theory (MMT) says that countries such as the UK and US don’t need to worry about taxes and can essentially print as much money as they require, an argument which has taken increasing significance amid the COVID-19 crisis because of the level of spending governments are engaged in to help counter the effects of the global recession. But Michael Roberts, a long-time economist with investment research firms in the City of London, argues that whilst it is true that governments do not wholly depend on taxes in order to spend money, printing money without adding to the productive capacity of a capitalist economy will ultimately lead to inflation.

Sputnik: Can you explain the main arguments behind Modern Monetary Theory?

Michael Roberts: MMT argues that as the state controls the unit of currency, it can ‘print’ as much as it needs in order to fund government policies to achieve full employment. There is no constraint on the government budget from debt servicing costs. The government cannot default and need not because it controls the currency.  So the problem of the ‘deficit is a myth’, to use the title of the new book by leading MMT economist Stephanie Kelton.

Sputnik: Which parts of MMT’s understanding of money do you agree with or think has substance?

Michael Roberts: It is obviously true that the government is the sole controller of the currency and the government/central bank can create as much (dollars) as it wants.  It need not issue bonds with interest to be bought by the public (institutions and households) and be constrained by the debt servicing costs accrued.

But it is one thing to control the unit of account, the currency, it is another to command the production of things and services from it. The constraint is that ‘printing money’ without it leading to new production would be inflationary, so debasing the purchasing power of the currency. MMT recognises this constraint but argues that it only applies when there is full employment and no capacity left. But MMT says nothing about how capacity is achieved in the first place.

Sputnik: You’ve argued that MMT supporters have no “theory of value”. What exactly does that mean and why does that matter?

Michael Roberts: MMT has no theory of value. The great classical economists Adam Smith and David Ricardo argued that money has to represent something, namely an amount of production of things and services, measured most clearly by the amount of labour time involved in production. Money represents (sometimes not accurately) that value; it does not create value.

Sputnik: What is the “theory of value” that you operate on?

Michael Roberts: I operate on Marx’s theory of value, namely that value is not just measured in labour time as the classical economists argued, but it is created by the exertion of human labour power. The owners of the means of production (capitalists) employ workers to create value but appropriate that value through the sale of the products/services made by labour.  They pay workers wages and the difference is profit or surplus value extracted by the capitalists. So value is created and appropriated through exploitation. Money represents that value but only labour creates value, not money.

How can it cover the difference? 1) by borrowing, ie issuing bonds for people to purchase at an interest rate (currently very low) or 2) getting the central bank to credit deposits in banks and other institutions or to the government itself – this is called monetary financing and increasingly in this crisis it is being adopted.

Sputnik: Supporters of MMT have conceded that only certain types of countries, the US, UK, Japan, Australia, can print money as they see fit. Is it a coincidence that most of the countries they list are powerful states that other countries must do business with?

Michael Roberts: It is no coincidence. Governments may control the unit of currency (dollars, pounds, yen, or pesos) but they do no control what it can buy. The strongest economies in production, investment and trade can sustain a strong currency relative to other currencies.

In the case of the US, because the dollar is the main international currency, the US government can create money without suffering too much of a decline in the purchasing power of the dollar or in relation to other currencies. But even with the dollar, it is not immune to debasement and depreciation (note after the removal of the dollar’s link to gold in 1971, the ‘value’ of the dollar relative to other currencies with string economies has declined).

In weak economies, the national currencies are always under downward pressure and printing money would accelerate the process, leading eventually to hyper inflation.

Sputnik: Venezuela ostensibly has its own sovereign currency, as does Argentina. But when both of these countries fell foul of the US, and in latter’s case defaulted on its loans, they suffered capital flight and serious economic difficulties. Under MMT they should have been able to print their way out of economic crisis. Why didn’t it work out this way?

Michael Roberts: As above, if money only represents value and does not create value, then just printing more without any improvement in production, investment or employment would debase the currency, raise inflation and lead to capital flight.  If a country has to pay its international debts in dollars, then default would emerge.

Sputnik: Does the US government’s ability to print money in large consequences depend on other countries around the world’s desire and need to make use of US dollars?

Michael Roberts: It depends, first on the strength of the US economy in productivity to compete in trade.  But the US has extra support for the dollar. The US is the main financial centre globally so capital flows are usually conducted in dollars (two-thirds of flows) and the dollar is the currency that countries keep most of their reserves in. So the dollar has a unique role.

Sputnik: The UK and US governments have been pumping huge amounts of money into the economy, without any real evidence of inflation. Why doesn’t this support MMT?

Michael Roberts: In a way it does. When production collapses and people cut spending, it creates huge ‘slack’ in the economy.  Pumping money and credit into the banks and industry may end up being ‘hoarded’ because people cannot spend and businesses cannot produce. But once businesses re-emerge and people start spending, then inflation may return. It depends on whether the money boost is spent on productive activities, namely creating new value. Again I say that does not depend on how much money there is but on whether the exploitation of labour creates sufficiently more production.

Sputnik: Based on your understanding of how money works in modern economies what do you think are the possibilities and limitations when it comes to states printing money and redistributing as they see fit?

Michael Roberts: The MMT approach is very short term. Like all Keynesian policy it starts with a recession and unemployment and says if governments spend money they can end the slump and restore full employment. There is no constraint on the government to do so.

But MMT/Keynes do not discuss or explain why there are regular and recurring recessions that require government action.  Printing more money and running permanent budget deficits will not avoid future recessions because they are the result of the profitability of the capitalist sector and exploitation of labour there.

Sputnik: How would you recommend a UK government go about making use of its ability to print money?

Michael Roberts: In this crisis, the government needs to take over and lead the recovery. It cannot rely on the capitalist sector which is inefficient and weak. Government investment can be funded by monetary means to begin with but sustained growth will depend on state control of the major productive sectors of an economy in finance, industry and services.

But such intervention is currently unacceptable because it threatens the market economy, on which the government rests and supports. In a way MMT is not very radical as a theory as it does not threaten the market economy but instead tries to make it work better for people. In my view, it won’t work to do that.