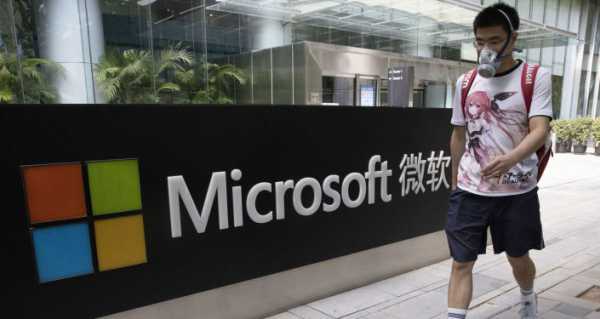 A termination of relations between China and the United States will be quite costly for both sides; it’s also likely that China will develop its own payment, debt, and other systems, which would be incompatible with the existing ones. This is what Robert Daly from the Wilson Centre’s Kissinger Institute said.

According to Daly, in the most extreme scenario, China and the US will follow their own technological standards, meaning that an inclusive global financial and technological system will cease to exist.

In the second half of the 20th century, the United States strengthened its status as a global economic and technological power. A global financial system emerged based on the hegemony of the dollar as the main settlement currency between states. The headquarters of the leading development institutions, the World Bank and the IMF, are in Washington.

For many years, the United States has been the engine of global technological progress: from the Internet, based on American technology, to microelectronics.

Since the 1970s, when the Patent Cooperation Treaty came into force, providing a unified procedure for patent applications to protect inventions in each of the contracting states, the United States remained the leader in the number of patents until 2019.

With the collapse of the Soviet Union, the US had no rivals in the global political arena either. Thus, a US-centric political, economic, and technological world order was established.

But then China, which had long followed Deng Xiaoping’s behest to “keep in the background”, started to show more and more ambitions in the international arena. The country has become the world’s second largest economy, and, according to analysts, given the current positive dynamics of the Chinese economy and the negative dynamics of the US one, China may overtake the United States and become the world’s largest economy by 2028.

China has already overtaken the United States in many technological areas: in 2019, it ranked first in the number of patent applications.

In this Aug. 19, 2019, photo, a guide is silhouetted in an exhibition promoting Huawei’s 5G technologies at the Huawei Campus in Shenzhen in Southern China’s Guangdong province

In early 2020, it was not Facebook but TikTok that became the most downloaded app in the US. More than 50 American telecom operators have no idea how to operate without Huawei equipment. In the first half of 2020, Chinese companies raised nearly half of all global equity funding.

If one analyses the nature of the US sanctions against China, it becomes clear that they are targeting precisely the areas where China has gained significant weight in the world. China is the world’s largest exporter, and the United States is imposing tariffs on Chinese products.

Chinese tech companies are taking over global markets; the US is imposing sanctions against them. Chinese companies are holding record IPOs on American exchanges; the United States is developing new reporting rules to limit the listing of Chinese companies. Of course, the official motivations for sanctions differ, but it turns out that Washington is targeting the areas where China is starting to compete with the United States.

According to Robert Daly, China doesn’t want a confrontation with the United States and a complete dissociation from the world’s top economy. However, if the situation escalates, Beijing will have to fight. China will create its own alternatives to international financial institutions and payment systems, as well as its own technology ecosystems and standards. This will lead to polarisation, and other countries will face a choice as to which of the two models of socio-economic and technological development to adopt.

The paradox is that China didn’t seek to establish a new world order, nor did it try to isolate itself from the rest of the world. However, the US actions are forcing China to defend itself and retaliate, Chen Fengying from the School of World Economy at the China Institutes of Contemporary International Relations said.

In this Oct. 31, 2019 photo, attendees use their smartphones near a Huawei booth at the PT Expo technology conference in Beijing. Chinese tech giant Huawei is racing to develop replacements for Google apps. U.S. sanctions imposed on security grounds block Huawei from using YouTube and other popular Google “core apps.”

As cynical as it may sound, if the US pursues a course of containing China, it is too late. Of course, in the short term, the US sanctions will slow down the development of individual Chinese companies to some extent.

It will be tough for Huawei; ByteDance may suffer serious losses. But in general, China has already accumulated enough competencies to create alternative systems. Huawei has developed its own operating system and app store in response to the US banning it from using Google products.

China is ready to offer the world its own technological standards, like the New IP protocol. Finally, China is ready to take an active part in shaping global rules for the ethical use of artificial intelligence, personal data protection, and cyberspace management.

China’s Foreign Minister Wang Yi recently presented the Chinese eight-point initiative regarding ensuring global digital security and data safety. So it’s quite possible that very soon, the Americans will not have to think about how to contain China, but how to keep up with it.