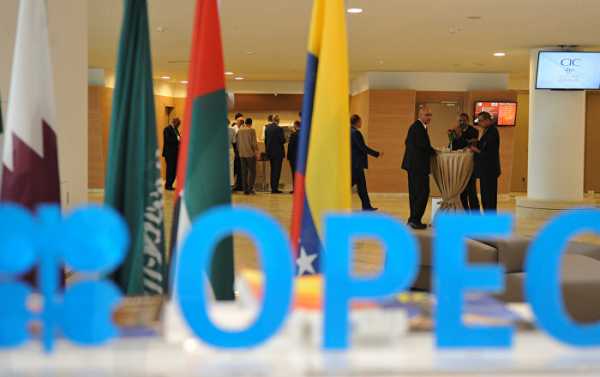 Iran has submitted on Wednesday a former letter of complaint to the oil bloc about discrepancies within its monitoring committee. Tehran’s oil minister has demanded that the organization address concerns that the bloc was not forthright about its intended compliance levels.

It accuses other OPEC members of trying to redistribute production compliance quotas among a select few while getting other non-OPEC members to shoulder additional compliance, Oilprice.com reports.

Compliance gauges how much OPEC and non-OPEC countries are abiding by production regulations, and current levels sit over 152% since May 2018.

“Iran participated at the 18th JTC without any voting right, and [witnessed] that some members attempted to redistribute over-conformity in production adjustment level among themselves, and attempts to hand over OPEC countries’ over-conformity to non-OPEC countries,” he explained.

“This very procedure is totally in contradiction with the monitoring task of both JMMC and JTC, and indicates misinterpretation by the JMMC over its mandate, as well as disregard for the decision of the 174th Meeting of the OPEC Conference,” the letter continued.

The oil minister raised his concerns after a June 22 meeting in Vienna, where crude producers agreed to increase their output but failed to specify by how much. “Despite what some (members) say about OPEC’s production rise of around 800,000 barrels (per day), there is no figure in the statement,” he said as quoted by SHANA.

Iran vowed to challenge the inconsistencies, stating that “if a country has a different interpretation of this agreement, Iran will officially raise it to the OPEC.”

Iran is OPEC’s third-largest producer after Iraq and Saudi Arabia, according to market figures. In addition to sanctions, the US No Oil Producing and Exporting Cartels Act (NOPEC) threatens to destabilise the organisation. HR 5904 was order reported June 13 and plans to use antitrust regulations to prosecute any nation it charges with limiting or restraining international oil markets.

Iran has cautioned OPEC members from complying with any US demands to raise oil production rates after US president Donald Trump’s withdrew from the Joint Comprehensive Plan of Action (JCPOA) in May.

President Trump also tweeted June 30, calling OPEC a “monopoly” and accused the bloc of driving up oil prices for the United States.

“The OPEC Monopoly must remember that gas prices are up and they are doing little to help. If anything, they are driving prices higher as the United States defends many of their members for very little $’s. This must be a two way street. REDUCE PRICING NOW!”

US Secretary of State Mike Pompeo also tweeted Wednesday that it wanted America’s “allies and partners” to join forces to prevent Iran from developing its economy.

“We urge our allies and partners to join the US and deny Iran’s leadership the funds to oppress the Iranian people and to foment terrorism around the world,” Pompeo said in a Twitter message.