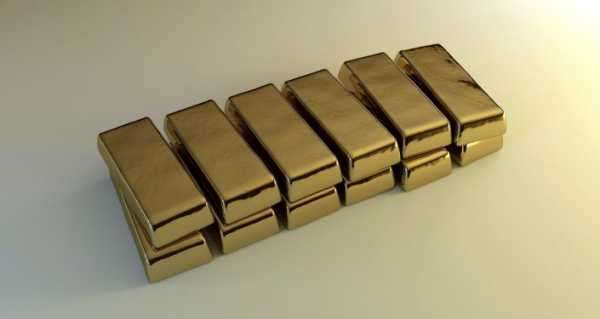 China’s new National Security Law imposed in Hong Kong and penalizing activities deemed by Beijing as secessionist and subversive has been slammed by Western countries as allegedly undermining the city’s unique status, which allowed it to enjoy its own economic and administrative justice system while remaining a part of China.

Citing dealers in bullion, the outlet writes that private sector investors have transferred some 10 percent of their gold from the city to countries such as Singapore and Switzerland over the past 12 months.

The gold “exodus” first reportedly began last year during anti-government protests that gripped the city and gathered steam after the passing by Beijing of the new security law that left investors jittery over future stability and the “rule of law”.

According to the expert, once the law was passed there was “immediate response from Hong Kong residents . . . asking to store it [gold] somewhere else”.

While the expert dismissed suggestions that political risk had markedly changed in Hong Kong, he acknowledged that many of his mainland Chinese clients with gold in the financial hub were starting to perceive “Hong Kong as onshore and they want their gold offshore”.

“This could, in the minds of gold holders, snowball into concerns about safety of bullion and even certainty of property rights,” added Manly.

Hong Kong investors were opting for gold in line with international market movements, not as a “hedge” against concerns over the future of the Hong Kong, claims Peter Fung, head of dealing at Wing Fung Precious Metals, cited by FT.

There are also reports of clients concerned over a spike in crime in the city, with burglaries rising by 47 percent in the first half of 2020 from 786 last year to 1,156 this year.

Others were cited as fearing repercussions from the spiralling US-China trade tensions.

The report comes as on 4 August gold prices hit a benchmark $2,000 an ounce for the first time, amid uncertainty over the COVID-19 pandemic and dismal global financial outlook predictions.

​The precious metal is increasingly perceived as a refuge, with prices soaring over 30 percent this year amid coronavirus concerns weakening the global economy.

Hong Kong’s unique status, allowing it to enjoy autonomy within the People’s Republic of China under the ‘One Country, Two Systems’ constitutional principal granted to it and Macau after they became Special Administrative Regions in 1997 and 1999, respectively, rendered it a convenient location for international investors and the wealthy residents of mainland China to store gold.

The skyline of the business district is silhouetted at sunset in Hong Kong Monday, July 13, 2020

As bullion in China – the world’s largest consumer of gold – is restricted from being exported, Hong Kong was also used to channel gold inflows into the mainland.

The law, adopted after Hong Kong was rocked by massive protests related to an extradition law that Beijing claimed were caused by foreign interference, penalizes activities considered to be connected with secession, subversion and terrorism, along with foreign collusion that might pose a risk to national security.

Beijing has since been condemned by Western countries for breaching its “one country, two systems” approach to the region.

Dismissing the criticism, China insisted that the law’s only goal is to protect national security, adding that the affairs of Hong Kong are exclusively China’s and should not be meddled with.