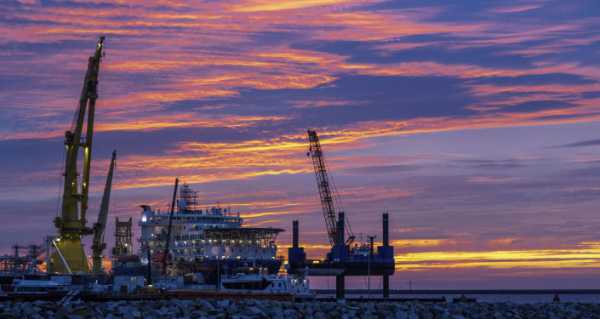 Washington already imposed sanctions on the Russian-German energy project late last year, tacking them on to the US National Defence Authorization Act. Now, a bipartisan group of lawmakers from both the House and Senate is reportedly looking to introduce additional restrictions against it before the end of the year.

An influential group of German businesses has written a letter to Democrat lawmakers urging them to reject sanctions against the Nord Stream 2 gas pipeline project, Germany’s Handelsblatt newspaper has reported.

“With Joe Biden’s victory in the election, there are great hopes in Germany and in German industry for a revival of the transatlantic partnership,” the letter, penned by the German Eastern Business Association, a group of around 350 German corporations operating in central and eastern Europe, reads.

The newspaper suggests that Nord Stream 2 is the first test case for a potential rapprochement between Europe and the United States under a Biden presidency, and says the letter to Democrat lawmakers was an indication that German businesses are hoping that a change of government in Washington will help ‘defuse the bitter dispute’ over the energy project.

Handelsblatt’s report follows a flurry of reporting by German media on the potential fate of Nord Stream 2 under a Biden presidency. Earlier this week, Die Welt reported that Germany and the United States would soon face a “decisive battle” on the energy project. Before that, an analysis by Bild suggested that Biden might be even tougher than Trump on Nord Stream 2, and seek to “bury” it at all costs.

Last week, Bloomberg reported that a group of US lawmakers from both parties were seeking to pile more sanctions on Nord Stream 2 using the 2021 National Defence Authorization Act, with the restrictions reportedly set to target insurance and certification firms attached to Russian vessels, as well as pipe-laying activities.

In July, Secretary of State Mike Pompeo warned western European energy companies involved in the project to “get out” immediately or “risk the consequences” of fresh sanctions.

German authorities have repeatedly stressed that Nord Stream 2 would “be completed” despite US pressure, although the project’s fate came under question earlier this year when Berlin threatened to freeze it in connection with the alleged poisoning of Russian liberal opposition politician Alexei Navalny.

On Thursday, Bundestag Economic Affairs and Energy Committee head Klaus Ernst told Sputink that Berlin should be prepared to issue countersanctions against Washington if the latter moves forward with new restrictions against Nord Stream 2.

Washington successfully halted the construction of Nord Stream 2 in late December 2019 after threatening Swiss pipe-laying contractor Allseas with crushing sanctions under the 2020 NDAA, with just 160km of the 1,230km pipeline left to build. Russia’s Gazprom responded by sending its Akademik Cherskiy pipe-layer to the Baltic Sea to prepare to finish the project.

Once completed, the $10.5 billion project between Russia’s Gazprom and half a dozen western European energy concerns will double the 55 billion cubic meters of gas per year capacity of the existing Nord Stream network (to 110 billion cubic meters) and turn Germany into an energy hub for deliveries further west. German officials and businesses have repeatedly pointed to the project as an important component of the German industrial economy’s energy security in the wake of Berlin’s phase-out of nuclear and coal power.