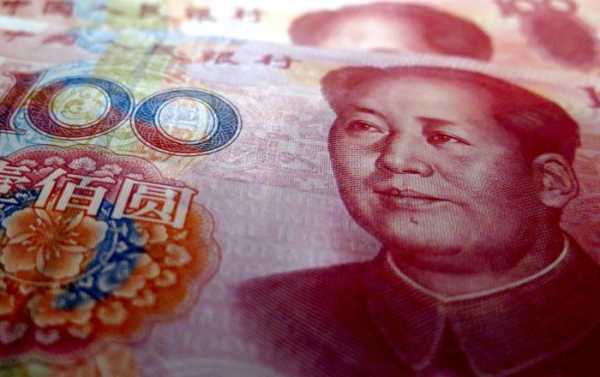 The interest by foreign investors in trading in yuan-based oil futures has grown significantly. According to the Shanghai Energy Exchange, this year, foreigners accounted for 16 percent of the daily turnover of trading in yuan futures. Over the year, the volume of transactions with foreigners has almost doubled.

China launched trading in yuan oil futures in 2018. Initially, the volume of transactions was small, and the Chinese benchmark contract served only the domestic market. Global traders are used to Brent and WTI dollar-denominated benchmark contracts, and, at first, yuan futures may have appeared to be an unusual derivative, if only because the yuan’s share in international settlements remained small.

Recently, however, the popularity of yuan futures among foreign investors has skyrocketed. The WSJ reported, citing Shanghai Energy Exchange data, that this year foreign players account for 16 percent of the average daily volume of transactions, and 28 percent of the daily volume of open trades (the number of existing contracts that haven’t yet been settled).

WSJ reported that suppliers, manufacturers and traders from 19 countries are engaged in transactions. Currently, 60 international brokerage companies offer trading services in yuan futures, while in 2018 there were only 45.

The Chinese economy is quickly recovering from a crisis: the June PMI reached a new record high in recent months, at 50.9, which is above expert expectations. The growth of this indicator for the second month in a row is a sign of a steady recovery in supply and demand.

The index of purchasing managers in the services sector rose to 54.4 in June, compared to 53.6 in May. However, the corresponding index for export enterprises isn’t that good, as export orders are still decreasing.

Given the known spread of the epidemic’s second wave in some countries, and the ongoing general recession of the global economy, such indicators are understandable.

Compared to the United States, China appears to be more successful in dealing with the epidemic’s consequences, including economic ones. US actions have caused some international investors to doubt the further stability of the dollar.

They are looking for new ‘safe harbours’ for their funds, and, quite logically, they come to China, said Bian Yongzu with the Renmin University of China.

“Investors want to profit from the selling oil,” he added, “so the rapid recovery of China’s economy has served as an incentive in this process. At the same time, Chinese politics has turned out to be positive. In recent years, China has been quite rapidly increasing the openness of its various industries to the outside world, including finance, the stock market, the capital market, banking and insurance.”

“Free trade zones are actively expanding as well,” declared the Chinese academician, who added, “All this facilitates the access of foreign capital to the Chinese market.”

Recently, China again narrowed its stop list for foreign investment and increased the maximum allowed share of foreign capital in sectors where investment has already been allowed.

In the financial sector, JPMorgan was first to get permission to transfer business in China completely under its control. Other major global players followed the example: almost all filed corresponding applications to purchase shares from Chinese partners and expand their own business in China.

The activation of investors in the Chinese energy market has been facilitated by recent White House behaviour. The Trump administration has consistently implemented a policy of transforming from a net importer into an oil exporter.

This means that the US balance of payments deficit, and therefore the number of dollars in world markets, is decreasing. China, in turn, has become the world’s largest oil importer. Thus, China’s demand for energy, as well as the supply of Chinese currency, is expanding, the expert stated.

In the context where international energy markets are still falling, and WTI prices, for example, having recently reached negative values, Chinese oil futures have a very important advantage, according to the expert, as Chinese domestic market fuel price regulation mechanisms can protect it from excessive volatility.

Petrol and diesel prices correlate with global oil prices. But there is a corridor of oil prices in the Chinese market, which regulates domestic fuel prices: from $40 to $130 per barrel. In the current situation, this means that, regardless of global oil prices falling below $40, prices inside China will remain stable, he noted.

The Shanghai Energy Exchange’s volumes of trade in yuan futures cannot yet be compared with Brent or WTI: while there are just over 140,000 open RMB futures contracts, Brent or WTI boast several million.

The pace with which this market is developing is important, the expert and others have noted. Few believed in Shanghai futures prior to their launch, according to the WSJ. The world’s largest brokers, however, now serve trades using this derivative, including JPMorgan, Goldman Sachs, Mizuho Securities, PNB Paribas, Societe Generale.

Intel CEO Believes Chip Deficiency May Stretch Up to 2023, But Will Ease Later This Year – Report