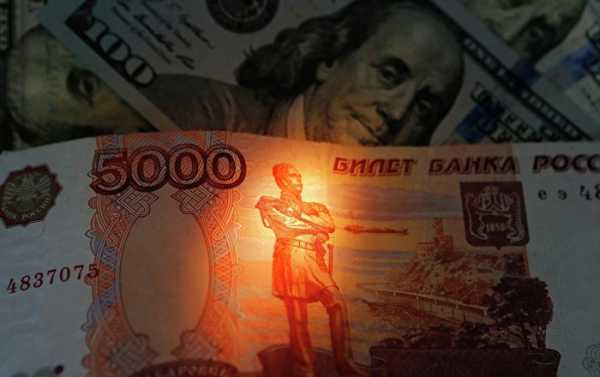 The Russian Finance Ministry has commented on a recently introduced US bill, aimed at introducing sanctions against Moscow’s national debt.

“Today, the Russian financial market has once again come under pressure due to news about legislative initiatives of American parliamentarians, suggesting a significant expansion of anti-Russian sanctions, their spread, including the sovereign bonds of Russia. Such news is certainly very painful for foreign holders of federal loan bonds. At the same time, previous initiatives of this kind, with regard to Russian government bonds, had no development, and the US Treasury pointed out in its report to the Congress that it would have a negative effect on US investors if such decisions were made,” the Finance Ministry said.

The ministry agreed with previous statements by the Bank of Russia, which said earlier in the day that the demand of domestic investors will be sufficient to implement state loans in the expected volumes. As the ministry noted, it would be possible “even without the active participation of foreigners in the federal loan bond market.” The ministry referred to the latest data, according to which, in addition to Russian banks, investments in federal loan bonds are gradually increasing and pension funds, which are promoted by the Bank of Russia’s deliberate policy of minimizing the risks of investing in pension funds.

Earlier in the day, similar information was published by the Central Bank of Russia in its assessment of financial market risks. The bank noted that shortly before the meeting between Russian President Vladimir Putin and US President Donald Trump, nonresidents had invested over $500 million in Russian government bonds.

“The presence of nonresidents on the Russian market briefly increased in mid-July 2018 amid conditions of a brief lull in the US-China trade war, as well as shortly before the meeting of the Russian and US presidents. Just a few days before July 16, the inflow of foreign capital to the sovereign loans market exceeded 0.5 billion dollars,” the CBR said.

The increase in international investors’ fears over trade wars and the slight restoration of their appetite for risk were the main trends of July, according to the Bank of Russia. This resulted in the outflow of capital from states with an emerging market economy in comparison to June, which, in turn, stabilized the dynamics of the Russian capital market.

However, the subsequent decrease in investors’ propensity to risk, as well as the emergence of reports about the United States working on new anti-Russian sanctions, contributed to a fall in nonresidents’ demand for Russian government bonds, the bank added.

The comments came in wake of the bill, which was introduced in late July by a group of US senators led by Lindsey Graham, who has called for extensive sanctions against Russia in response to its alleged interference in the 2016 presidential election and involvement in Syria and Crimea. The text of the bill, circulating in the media, showed that the senators aimed to block dollar-denominated transactions by Russian banks and US nationals’ operations with Russia’s sovereign debt. The lawmakers are also reportedly mulling designating Moscow as “a state sponsor of terrorism,” and want Trump to call on Russia to abandon its support for “separatists” in Georgia and Moldova.

Russia has repeatedly denied any meddling in the US 2016 presidential election and the Ukrainian conflict, noting that it was not involved in the Donbas crisis. Russia’s military presence in Syria was requested by the country’s legitimate President Bashar Assad in 2015.

The Russian and US presidents met for their first full-fledged summit in Helsinki on July 12. During the high-level talks, the two sides expressed their willingness to cooperate.