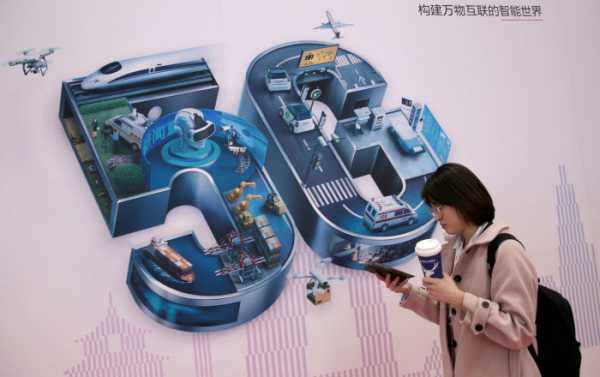 The Faroe Islands have been trying to enter a free trade agreement with China. According to Danish media, the Chinese made it contingent on a 5G deal with the Chinese telecom giant Huawei. Any pressure, thought, has been denied by both the Chinese and the Faroese.

Several Danish media outlets have claimed that the Chinese ambassador attempted to leverage the Faroe Islands, an autonomous part of the Danish realm, into choosing Huawei as the island nation’s 5G supplier.

According to the newspaper Berlingske and Danish Radio, China’s ambassador to Denmark, Feng Tie, put pressure on the Faroese company Føroya Tele to enter into an agreement with the Chinese company Huawei to expand 5G networks.

The Faroe Islands have in recent years tried to enter into a free trade agreement with China. However, the ambassador, at a meeting with Faroese Prime Minister Bárður á Steig Nielsen, threatened to drop the free trade agreement, allegedly making it contingent on a deal involving Huawei, Danish media reported, citing accidental audio recordings of the Faroese trade minister, Helgi Abrahamsen. Some of this audio material was to be broadcasted on Faroese TV, but was banned by a Faroese judge.

The Chinese embassy in Denmark rejected the information, but stressed that safeguarding the legitimate rights and interests of Chinese companies is among the embassy’s tasks.

Nielsen followed suit, assuring that neither he nor anyone else in the Faroese government has felt pressured, although he does not deny that the possible free trade agreement could be at stake.

According to Berlingske, though, it is “the first time that the Chinese government has conditioned access to the huge Chinese market on the granting to Huawei of a 5G contract in Europe”.

Representatives of several Danish parties have demanded action to protect the autonomous part of the realm, such as those undertaken by other nations.

Liberal-conservative Venstre party’s foreign spokesman Michael Aastrup Jensen invoked the need to draw “a line in the sand” when dealing with China.

“It is really crucial that we help our Faroese friends do everything we can Now it has gone from being a regular trade decision to being a big political issue of the utmost importance,”, Michael Aastrup Jensen said. “You should not get away with making such forceful threats”, he told Danish Radio.

The right-wing Danish People’s Party’s foreign spokeswoman Søren Espersen believes the Faroese authorities should say “thanks but no thanks” to China.

“You shouldn’t really ally yourselves with people who employ threats, such as the communists here”, he said.

While Danish Social Democrat Prime Minister Mette Frederiksen emphasised that Faroese telecom issues are a Faroese concern, the US via its ambassador to Denmark, Carla Sands, warned against tHuawei-led 5G expansion in the Faroe Islands. According to the US, this technology may be used for spying, and the company may be required under Chinese law to assist.

This take was shared by André Ken Jakobsson, a researcher at the Center for Military Studies at the University of Copenhagen, who claimed it difficult to “separate Huawei from the Chinese state”.

Huawei, in turn, has vehemently denied such assumptions, insisting that it has no external owners and makes its own decision.