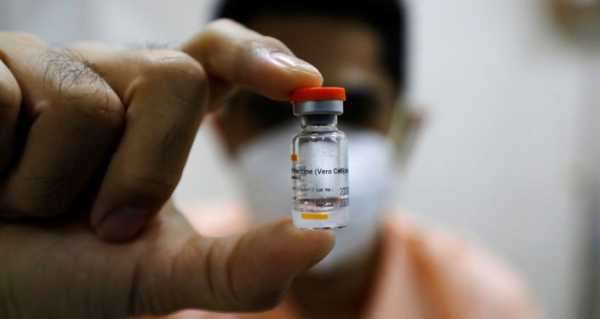 Countries including India, Pakistan, Iran, Vietnam and neighbouring Venezuela are already interested in importing the Cuban-developed Soberana-2 vaccine against COVID-19, the Finlay Institute said, although the jab is still undergoing clinical trials.

Cuba’s Finlay Institute is preparing to produce 100 million doses of its COVID-19 vaccines this year — citing demand from other developing nations as well as nationally.

The Finlay Vaccines Institute has two vaccine candidates under development, Soberana (“Sovereign”) 01 and Soberana 02. The second is more advanced and is currently in Phase II trials, according to the World Health Organisation (WHO). Other Cuban biotech labs are working on two more vaccines, Abdala and Mambisa.

Several vaccines in Phase III have been approved for “emergency” use, and are being given as part of mass immunisation programmes, including those developed by Germany’s Pfizer BioNTech, the US Moderna and Britain’s AstraZeneca.

Cuba, with a population around 11.5 million, would need only a fraction of the 100 million figure for its domestic needs.

The second stage of Soberana 02’s phase II trials began this week at a polyclinic — a state medical centre — in the capital Havana, with some 900 test subjects. The previous stage involved around 100 people.

But Vérez added that 150,000 people across the island would be vaccinated in the coming weeks, while trials of Soberana 02 in children would begin next month.

Volunteers reported no side-effects after getting the jab — in contrast to the many reports of severe adverse reactions to Pfizer’s Comirnaty vaccine from around the world. Vérez stressed that Soberana-2 does not contain a live virus like many other vaccines, but antigen proteins from dead viral particles.

“We are not a multinational where the return is the number one reason,” he added. “We work the other way around; creating more health and return is a consequence; it will never be the priority.”

With many nations competing to produce a coronavirus vaccine and end the pandemic and national drug regulators acting as gatekeepers, a situation of parallel markets is developing. Western and western-aligned states are placing orders for the Pfizer, Moderna and AstraZeneca jabs, while many developing nations, including Venezuela and Argentina, are buying the Sputnik-V vaccine from Russia’s Gamaleya Institute or Chinese firm Sinopharm’s Sinovac product.

Those markets overlap in places. Brazil is importing Sputnik-V and Sinovac as well as Pfizer and AstraZeneca. South Africa’s health ministry says it is talks with Gamaleya an Sinopharm, but has so far only placed orders with European manufacturers. Brazil is importing vaccines from several nations, although President Jair Bolsonaro has slammed a clause in the Pfizer contract absolving it of responsibility for any harm suffered by patients.

While Sputnik-V and Sinovac are yet to be considered by Western regulators, French newspaper Le Monde reported that political pressure was put on the European Medicines Agency to fast-track the Pfizer vaccine in the EU. Since the UK’s approval of the easier-to-store AstraZeneca vaccine in addition to the Pfizer jab, the British National Health Service has inoculated almost four times as many people as Germany and almost seve times as many as France.

Cuba has registered 19,122 Covid-19 infections and 180 deaths since the pandemic reached the island last march.