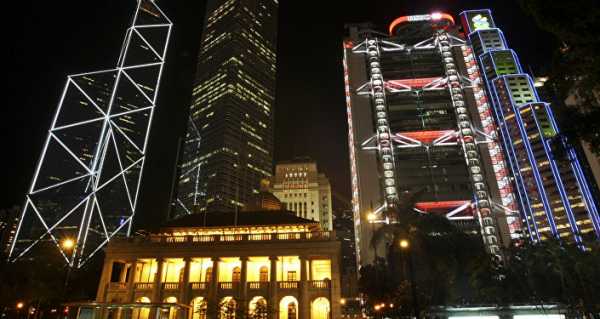 After the US unilaterally pulled out of the 2015 nuclear deal with Iran, it was successfully able to pressure the Society for Worldwide Interbank Financial Telecommunication (SWIFT), the Belgium-based bank wiring service, into cutting transactions with Iran even though Brussels was not party to the sanctions

Liu Xiaochun, deputy dean of the Shanghai New Finance Research Institute, told the South China Morning Post recently that Beijing should consider developing a digital alternative to SWIFT in order to protect itself from US sanctions.

“Under RCEP, currency choices for regional settlement in trade, investment and financing will increase significantly for the yuan, yen, Singapore dollar and Hong Kong dollar,” Liu said. “Chinese financial institutions must unite with other countries and regions to position themselves beforehand to adapt to the needs.”

According to SCMP, Liu’s outline for such a project would be spearheaded by five Chinese banks with overseas branches, which could establish their own network for exchanging financial information. Then, major Chinese banks could start their own technology platform company that would allow other banks to participate and would be linked to the Cross-border Interbank Payment System (CIPS) China started up in 2015. Eventually, this could be extended into a regional and then global system for clearing bank payments.

After the Bank of China began urging Chinese banks to adopt CIPS in July 2020, the hawkish Washington, DC-based Atlantic Council think tank dismissed Beijing’s fears, saying the suggestion the US would cut an economy as large as China’s out of SWIFT is a “red herring.”

However, SCMP noted that the US could still pressure SWIFT with more targeted sanctions, for example, at specific companies or banks under US sanctions, as it has repeatedly threatened to do.

Fears Have Precedent in Iran Sanctions

In the months after the US unilaterally withdrew from the Joint Comprehensive Plan of Action (JCPOA) in May 2018, the US successfully pressured SWIFT into complying with US sanctions against Iran, even though the US was the only country to withdraw from the deal and its other signatories did not agree that Iran had violated the deal’s terms. Other partners, including France and the UK, had indicated their willingness to continue trading with Iran, but SWIFT’s compliance with US sanctions helped to block those plans.

However, despite Instex, Iran’s foreign trade has declined precipitously since US sanctions began being re-implemented in August 2018.