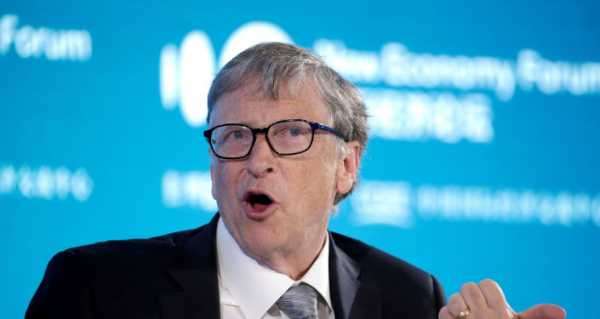 Launched in early 2009, the blockchain-based cryptocurrency is now considered the world’s biggest by market capitalisation and the amount of data stored on its blockchain.

Microsoft Co-founder and multi-billionaire-turned-philanthropist Bill Gates doesn’t appear to be a fan of  Bitcoin.

During a live chat on the social network Clubhouse with host Andrew Sorkin, Gates called himself a “Bitcoin skeptic” and said he hadn’t invested in the cryptocurrency because it’s bad for the environment.

“If it’s green electricity and it’s not crowding out other uses, eventually maybe that’s OK. I don’t see the topics as deeply related, even though you might label me a Bitcoin skeptic — that is, I haven’t chosen to invest money,” he said. “I buy malaria vaccines. I buy measles vaccines. I invest in companies that make products. It’s not a ‘Hey, somebody’s going to buy this for more money than I paid for it.’ But if other people find their fortune that way, I applaud them.”

Gates and his wife Melinda set up the Bill & Melinda Gates Foundation, which strives to enhance healthcare and reduce extreme poverty across the globe, while also combating transmissible diseases and funding vaccination programmes.

Gates previously commented on other rich tech players’ fascination with Bitcoin, saying that “if you have less money than Elon, you should probably watch out.”

Bitcoin has seen massive growth of late, gaining 700 percent in value in a year, before dropping in the past few days to $44,286 from $58,354 at its peak over the weekend.

Before it reached its record value, the cryptocurrency enjoyed explosive growth due to Elon Musk’s recent activity in the crypto-investment field, among other things.

Major electric car manufacturer Tesla announced that it invested $1.5 billion in the cryptocurrency in January. It came after the company adopted an updated investment policy that’s favours alternative reserve assets, such as digital assets, gold bars, and exchange-traded funds.