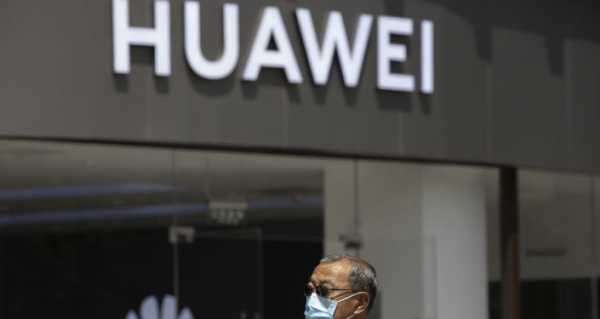 The Trump administration started a crusade against Chinese tech giant and leading 5G provider Huawei last year, citing national security concerns. But American restrictions against Huawei are now affecting not only the manufacturer itself, but also other tech businesses across the Asian Pacific.

Around $25 billion in revenue are at risk among Asian Pacific technological companies that conduct business with Huawei due to recent restrictions imposed by the United States, S&P Global Ratings, an agency which rates these firms said in a statement.

According to S&P, such Asian foundry businesses as Semiconductor Manufacturing International Corporation, China’s largest contract chipmakers, and Taiwan Semiconductor Manufacturing Co (TSMC) can lose around $7 billion, or from 15% to 20% of their revenues due to US crusade on Huawei. Other $18 billion could be lost by regional firms indirectly, the agency says, due to their affiliation to companies also blacklisted by Trump administration.

The United States has long been accusing the Chinese manufacturer of conducting spying activities on behalf of Beijing by introducing possible vulnerabilities in Huawei equipment. These claims have been strongly denied both by the company’s executives and Beijing, but Trump administration went on to ban Huawei from conducting businesses with American companies last year. This May, it went further to introduce a rule that would restrict foreign companies from using US-made software and chipmaking equipment if they are set to design, produce or sell chips to Huawei or its affiliated companies. The US government said that they can still be allowed to do so if granted an American license, but it has been unclear so far whether such permissions can actually be provided in the future, as the government has remained hesitant.

Apart from directly targeting the Chinese company, the Trump administration also went on to push its NATO partners to abstain from allowing Huawei into their national 5G markets, despite the company being one of the world’s leading manufacturers and providers of the next-generation technology equipment. In July, Britain made a U-turn, by banning Huawei from UK’s 5G networks, contrary to its January decision to allow the company to take part in its national rollout of superfast tech. The Boris Johnson government explained this move by citing security concerns, although some officials suggested that it was actually pressure from the Trump administration that influenced the decision.

Despite a landslide of restrictions imposed on Huawei, the company has recently overtaken South Korean conglomerate Samsung and the American computer and smartphone giant Apple in a bid to become a top smartphone shipper worldwide in the second quarter of 2020, according to an analysis conducted by Canalys agency.