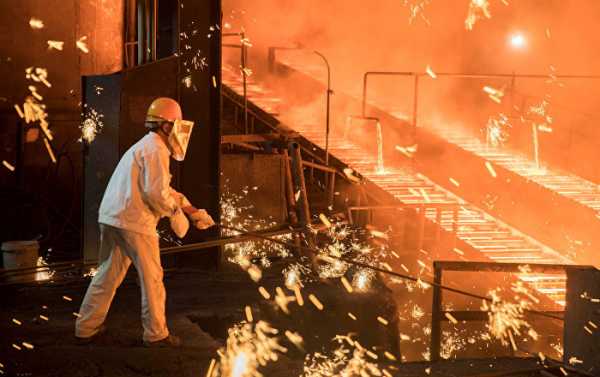 China is further expanding its quotas for the extraction of rare-earth metals. This year it has grown by 10% to a record 132,000 tons. China has thereby refuted the forecasts of Western analysts, who believed that the country would use rare-earth metals as a trump card in the trade war with the United States.

Rare earth metals are a group of 17 chemical elements. They are indispensable for the manufacturing of screens for smartphones, motherboards, and other complex electronics. They are used in the production of modern construction materials, optics, nuclear engineering, mechanical engineering, petrochemistry, i.e. in almost all high-tech fields.

China is the world’s main producer of rare-earth metals. Most of the world’s reserves of this raw material are concentrated in its grounds. Since the early 2000s, China has been actively developing the rare-earth processing industry. This was a logical decision, as China has been a world factory for many decades, where, for example, most of the electronics are produced.

As a result, even those rare-earth elements that are mined in the Mountain Pass Mine in California, for example, are sent for processing to China. China currently controls over 90% of the rare earth market, which is estimated at $4 billion. This situation has begun to worry Washington: what if, as a result of a trade conflict, China decides to restrict or stop exporting rare earth metals entirely?

Then how do we produce the same military equipment? Eventually, the Trump administration announced that it will look for alternative suppliers of rare-earth metals in other countries, including Australia and Malaysia, and will develop its production and processing of these raw materials, at least to meet military needs.

Contrary to these concerns, however, China did not reduce the production of rare-earth metals but instead expanded its quotas. The use of rare-earth metals as leverage against other countries would hit the image of China and lead to the transformation of global supply chains, which is not beneficial to Beijing, Wang Yiwei, a professor at the School of International Studies at Renmin University, told Sputnik:

According to the professor, in the end, most of the electronics that use in its production rare-earth metals are manufactured in China:

The expert also pointed out that rare-earth metal reserves were not limited to China. These resources are found in Australia, Mongolia, Japan, and, after all, in the US itself. Therefore, restricting the production and export of these metals would only lead to China losing its leading position in this market, and its place would be taken by alternative suppliers.

On the contrary, the expansion of production is much more efficient. With the increase in market supply, this resource price falls. Under such conditions, it is becoming less profitable to invest in new production facilities, as the US is trying to do now. Therefore, this step of China, on the contrary, strengthens its position the world of rare earth metals supply. Furthermore, expanding output of this resource meets China’s internal needs, Wang Yiwei noted.

However, according to the expert, China is now increasing the production of these resources because it has already outgrown the confrontation with the US and takes into account the problems of global supply chains. Therefore, China is strengthening the development of this industry so that it can meet its own needs, including the needs of the Industry 4.0 project.

Industry 4.0 is China’s long-term technological development programme intended for three decades. According to this programme, by 2045 China should become a great industrial power. The project provides for the development of such areas as telecommunications, information networks, integrated circuits, chips, aircraft engines, new materials, and new energy sources.

Rare-earth metals are the key raw material for the development of all these industries. Logically, China will continue to strive to maintain its global leadership in the extraction and processing of this valuable resource.