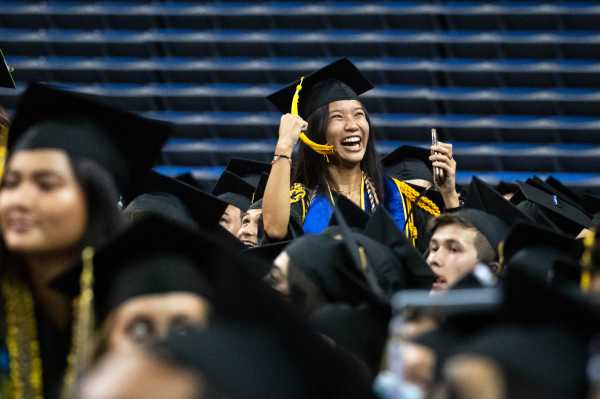 Big tech companies like Facebook and Google are cutting perks, slowing hiring, and fighting antitrust legislation that could break up the most valuable firms in the world. Add in a looming global recession and it might seem like a bad time for new grads to get the hottest jobs, or any jobs at all. But that misunderstands what undergraduate and graduate students want and the hiring economy they’re entering.

Jobs — even tech jobs — are plentiful. And what’s important to new grads isn’t what used to be prioritized.

Instead, students who’ve had their college experience marred by a deadly pandemic have a different set of values from those that have come before them. They need their jobs to embrace diversity and a good work-life balance. And new grads are also unafraid to ask for what they want. Many of them might even get it.

“Right now, we’re seeing a market where there are abundant opportunities,” Nicole Hall, director of career and professional development at the University of North Carolina at Greensboro, which works with undergrad and grad students, told Recode. Students, she said, are confident they’ll be able to get jobs in the fields they want.

Even after a dip in August, there were more than 10 million job openings, or approximately 1.7 open jobs for every person looking for work according to the Bureau of Labor Statistics. The unemployment rate is 3.7 percent, just above its 50-year low of 3.5 percent. As for the high-profile tech layoffs, the headlines belie the reality. Layoffs.fyi, a crowdsourced site that tracks company downsizings, found 83,000 tech layoffs this year, which represents a drop in the bucket when measured against the 9 million US tech jobs out there, according to CompTIA’s annual report.

The job market is still very strong for graduating college students. Undergraduates are receiving an average of 1.14 job offers before graduation, according to a survey earlier this year by the National Association of Colleges and Employers (NACE) released this week. That’s the highest number since before the Great Recession. Another NACE survey found that employers last spring said they planned to hire almost 32 percent more new college graduates from the class of 2022 than they hired from the class of 2021. College counselors say graduating college students are also increasingly interested in grad school, internships, and starting their own businesses, which means they have other options in addition to a wealth of jobs.

All things considered, graduating college students share a sense of optimism and demand more out of their jobs than previous grads. While these young people are anxious about their future, they’re also pretty sure they’ll be able to get the jobs they want, according to a recent survey of students expecting to graduate in 2023 on Handshake, one of the main sites college students use to search for work. Some 80 percent say they believe they’ll find a well-paying and fulfilling job. Nearly 90 percent think they will land that job in the industry they want.

That doesn’t mean they’re taking any chances. Students are applying early and to more jobs, with nearly half of the Handshake respondents saying the economy has caused them to fill out more applications. Career counselors told Recode they’re seeing high attendance at job fairs and lines out the door at career counseling centers.

Gwen McKee, who is studying UX design and is getting her master’s degree from the University of Michigan’s school of information in 2023, has already applied to about 30 jobs. She says she’s worried about outsourcing and hiring freezes in her field.

“The jobs I know I want to apply to are next year, but I’m applying to a lot now because I’m freaking out,” McKee said.

Her fears could be unwarranted. College counselors say they now have to counsel students on how to contend with multiple offers.

New graduates’ outlooks are also much different from the last generation to graduate during a major economic downturn in 2008 and 2009. Kelli Smith, who worked in career services at the University of Nebraska Lincoln at the time, said students were so discouraged they didn’t even bother applying to the jobs that did exist.

“It wasn’t a great job market for our students, and yet, you would think that would mean they would just be clamoring to campus interviews,” she said. Instead, they put off their job search, went to grad school, traveled, or got jobs outside their professional degree.

That’s not the case these days, as students’ mix of anxiety and optimism is pushing them to try harder.

“Our first day of classes, our walk-ins were completely packed. Our appointments were backed up for almost a week,” said Smith, who is now acting director of Binghamton University’s career center.

More and more, these students have a good idea of what they want from a job.

Tech jobs have certainly gotten more popular in recent years, reflecting broader changes in the economy and where the high-paying jobs are. From 2016 to 2021, the share of Columbia Business School MBA grads accepting tech and media jobs jumped from 10 to 17 percent, while all other industries declined.

But tech is not the be-all end-all for students. And big brand names don’t matter that much, either. Students are more interested in having an impact at their jobs and having work they consider meaningful and that makes the world a better place, regardless of what industry they’re in.

As Hall at UNC summarized it, “Yes, I’ll do finance, but I want to go work for a company where I know that they’re doing some good in the world.”

While many of students’ top job attributes have remained similar in the last decade or so — job security, quality benefits — other more idealistic traits have risen to the fore. Some of the most important qualities 2022’s graduating seniors want out of their jobs, according to a NACE survey, are an organization that embraces diversity and one that provides the ability to make the world a better place. Salary has fallen to number 11. That’s not to say it’s unimportant — when all other things are equal, students say salary breaks the tie — but it’s not their primary desire.

Mimicking the national conversation, students are also more concerned with work-life balance than they’ve ever been.

Gabe, a mathematical finance major who is graduating this spring from a liberal arts college in Texas, said he’s applied to over 100 jobs, not because he’s worried about getting one but because he’s concerned about finding one with good work-life balance. That’s hard to come by in the finance world, where young analysts are known to put in 80- or 100-hour weeks.

“Sixty is my absolute maximum, and frankly, I’d rather take 50 or 40; 40 would be best,” said Gabe, who asked us not to use his last name so as not to affect his job hunt.

About half of graduating students say they’d prefer to work in a hybrid setting, where they work from home some of the time, while another 11 percent would like to be fully remote, according to NACE. They feel that getting to work from home — and not having to commute — is more conducive to healthy work-life balance.

Many of these desires are born out of living through the last few years. For some, the global pandemic and the death that it wrought emphasized that life is short and that they should do something they enjoy — at work as well as outside the office. The killing of George Floyd by police and ensuing social justice movements like Black Lives Matter solidified students’ desires to fight for justice and to bring their whole selves to work. Record corporate profits in the face of staff layoffs informed their ideas of fairness and tipped them off to how their would-be bosses might behave if the economy heads south.

Alexios Avrassoglou, who is a senior at the University of Michigan and is majoring in industrial and operations engineering, is looking to how companies treated their workers during the pandemic as a way to decide where he wants to work.

“I saw companies that have ample funds, ample money, ample whatever, still laying off people, which is a common financial decision to make, but it’s not always necessary,” he said.

Graduates’ growing demands for progressive workplaces coupled with a tight job market have led to a situation in which students are increasingly evaluating companies to see if they’ll be a good cultural fit and where they feel they can have a real impact.

To get beyond corporate platitudes, students are also increasingly leveraging platforms like Handshake and Glassdoor, in addition to their friends who’ve graduated, to find out what companies are like beyond what they say.

“The conversation has become more commonplace over the past few years,” Jackson said. “It doesn’t feel as if they’re really disrupting any type of terrain.”

In general, new grads just seem to have a better idea of what they want than previous generations. Employers have also generally tried to comply, upselling their company cultures and offering options where these grads can test out different areas of the company or they can lead different initiatives. They encourage them to be open about who they are and what matters to them, hoping to fill seats in a tough hiring economy.

If the economy gets really bad, of course, grads’ outlook could change and needs might turn into nice-to-haves. But their desire to get more out of a job will likely stay the same, even as the economy goes up and down. They’re graduating with a range of experience and a vocabulary about those experiences, and a willingness to use it. 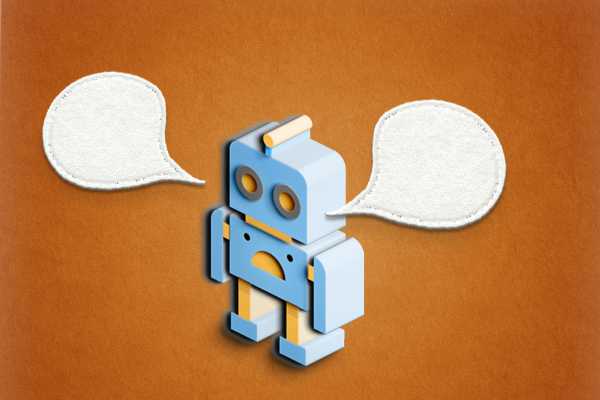 AI is finally good at stuff. Now what? 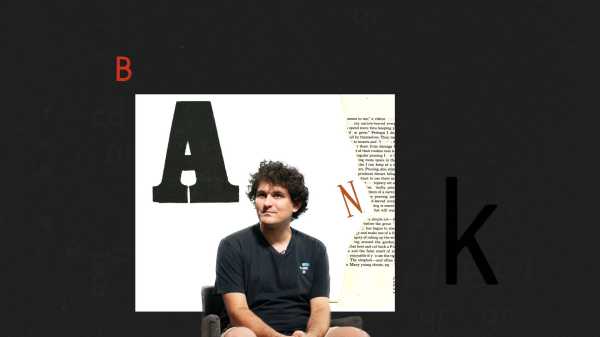 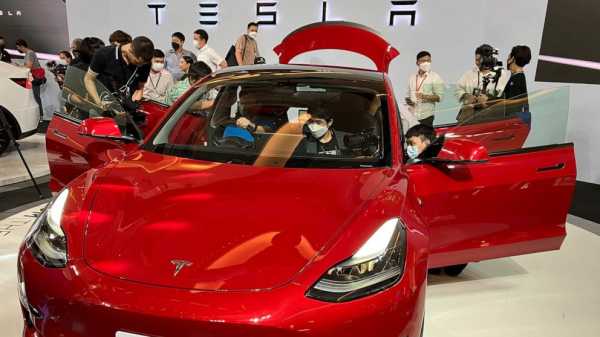 Tesla launches in Thailand, vying to compete with China EVs