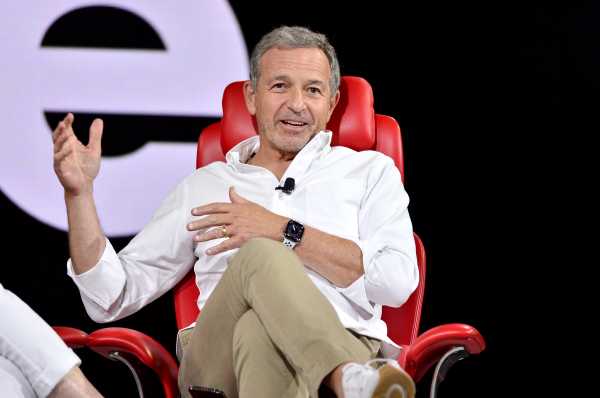 Disney’s new CEO is its old CEO: Bob Iger, who ran the company for years and handed it over to his lieutenant Bob Chapek in 2020, is back, and Chapek is out.

That news is very exciting for people who work in Hollywood and Silicon Valley, and normally I’d tell you that if you’re not in tech and media, it shouldn’t mean anything to you. But this one is different. It’s an executive move that tells you a lot about the state of the media industry, which is trying to figure out how to adapt to the seismic changes technology has made in the ways we consume media.

There are plenty of theories as to why Chapek was booted, all of which could have degrees of truth. The two men have had a reportedly strained relationship throughout all of Chapek’s short tenure; Chapek had upset Hollywood by publicly fighting with Marvel star Scarlett Johansson over money; perhaps most importantly, he had demoralized Disney employees over the clumsy way he handled Florida Gov. Ron DeSantis’s attacks on the company. (There was also plenty of head-scratching when Iger left a couple of years ago.)

But the most important thing to understand about Iger’s return has less to do with Disney’s particulars than with the media industry in general: When Iger left Disney, everyone in media was trying to become Netflix — fast-growing, all-in on streaming, and willing to burn big piles of money to make it work — because that’s what Wall Street wanted them to become.

Now Wall Street has changed its mind. Which is why Disney stock — along with that of most big media companies, including Netflix — has plummeted. A share of Disney was worth nearly $200 in the spring of 2021; now it goes for half of that, and that’s after investors gave it a quick bump this morning after Iger’s return was announced.

“It’s a very different landscape than even 18 months ago,” an executive at one of Disney’s competitors texted to me. “Hopefully he can figure out the model. No one has yet.”

The new, theoretical model: Figure out how to create a streaming service people will pay for, but without burning a gazillion dollars — over the last nine months, Disney has lost more than $2.5 billion on streaming, and it lost another $1 billion a year earlier — while continuing to prop up existing businesses, like cable TV, that make a lot of money but are in permanent decline.

So on the one hand, Iger will find himself in the same boat as the rest of the industry. Comcast, Warner Bros. Discovery, and Paramount are all grappling with the same problem and the same investor skepticism.

On the other hand, there’s some poetic justice here, since he’s the guy who launched the boat to begin with. Back in 2017, Iger announced that instead of selling his content to Netflix, which Disney had done for years, he would build a Netflix competitor. Then he doubled down by buying much of Rupert Murdoch’s 21st Century Fox, under the theory that he’d need a lot of movies, TV shows, and their associated intellectual property to take on Netflix.

Investors cheered on all of it, even when Iger told them it would cost billions in losses. And Disney’s competitors all attempted versions of the same playbook. Iger launched Disney+ in the fall of 2019, to rapturous applause. A few months later he left, declaring that his work was done.

Now it turns out Iger has a lot more work to do, though we’re still guessing as to what kind of work that will be. Maybe he simply needs to buck up the troops, while sweet-talking Wall Street, which adores him — “We believe investors will value the transparency and return Disney some of its long-lost magic with a stronger narrative driving the stock higher again,” analyst Michael Nathanson wrote in a note this morning. Maybe he’ll figure out how to tweak Disney’s content, which may be wearing out some welcome after years of dominating world culture with Marvel, Star Wars, and Pixar products.

Or maybe there’s a big, shiny, structural move in the works, which could either transform the company or make people think it has been transformed. Maybe there’s something else to buy — Netflix, for instance. (Note: “Disney or Apple or Someone Should Buy Netflix” is one of the media industry’s favorite narratives, no matter how big or small Netflix is at the moment. But also note Netflix founder Reed Hastings’s mash note to Iger on Twitter last night.)

A note of caution on that one: While Iger is rightly praised for three acquisitions he made that transformed the company — Pixar, Lucasfilm, and Marvel, all snapped up within a few years of each other — that’s no guarantee of future performance.

It’s quite reasonable, for instance, to argue that Iger dramatically overpaid for the Fox assets he acquired, which have yet to yield much benefit beyond removing a competitor. And Iger came very, very close to buying both Vice and Twitter — two moves that would have guaranteed enormous headaches and quite possibly real losses.

And while the media industry loves Iger — on my version of Twitter last night, people fell over themselves to describe how excited they were about his surprise return — that in and of itself is a risk. Had Iger stayed clear of Disney, whatever happened to the company could be attributed to the failings of his successor (never mind that Iger was the one who picked that successor). Now, if he can’t figure out how to fix a problem he helped create, some of his own reputation could be at stake.