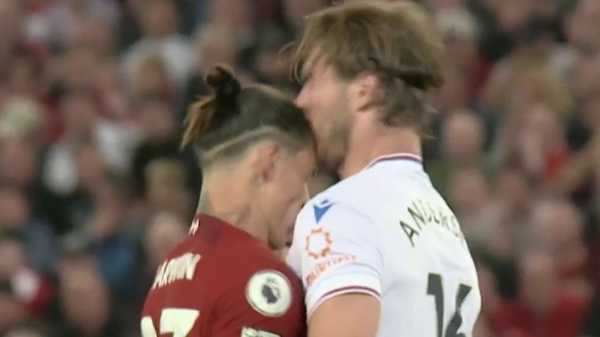 Joachim Andersen has spoken to the police after he was bombarded by death threats and a torrent of abuse online following Crystal Palace’s 1-1 draw at Liverpool.

The Eagles defender was headbutted by Darwin Nunez, who was red-carded by referee Paul Tierney and now faces a three-match ban for violent conduct.

Andersen was booked in the same incident, but took to Instagram to share what he said was a sample of hundreds of abusive messages he had received since the encounter.

Andersen says he has received 300 to 400 abusive messages after the incident on Monday Night Football.

Posting on his Instagram story, Andersen also included several examples of the abuse he suffered before ending it with a message hoping Instagram and the Premier League can do something.

Crystal Palace have spoken to the player to offer him their full support and the abuse will be reported to the police.

A spokesperson for Instagram’s parent company, Meta, said the organisation are in contact with Andersen’s representatives, as they cannot take action until the DMs are reported through their in-app tools.

The spokesperson said: “We have strict rules against bullying and harassment and we are in direct contact with Joachim’s team on the issue.

“Because DMs are private spaces, we don’t proactively look for hate speech or bullying in the same way we do in other places, and we need someone to report the message in app before we can take action. No one thing will fix this challenge overnight, but we’re continuing our work with the industry and Government to help keep our community safe from abuse.”

Sky Sports News has also sought a response from the Premier League.

Neville on Nunez red: It was a moment of madness 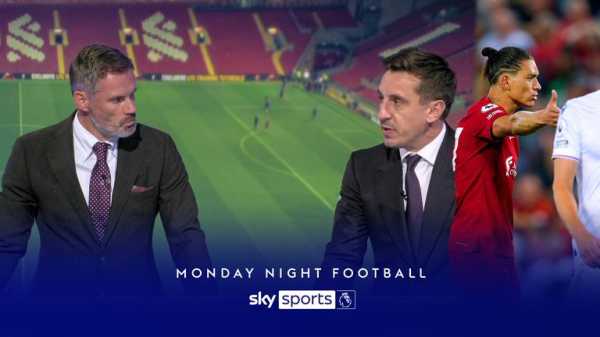 “It’s a moment of madness. It’s a proper butt, Andersen will feel that.

“We don’t know why he’s done it. I’ve done two or three things like this in my career. We don’t know why we react. We have no idea. We go off and think, ‘what did I just do’ – honestly. I kicked a ball at a fan at Everton and did a similar thing in a game against Steve McManaman. It’s that red mist. It comes over you.

“When you get sent off like that it’s the loneliest place in the world. You might have a kit man with you but it’s horrible. You are in that dressing room and your team-mates are out on the pitch. You’ve left them down and you feel so bad. 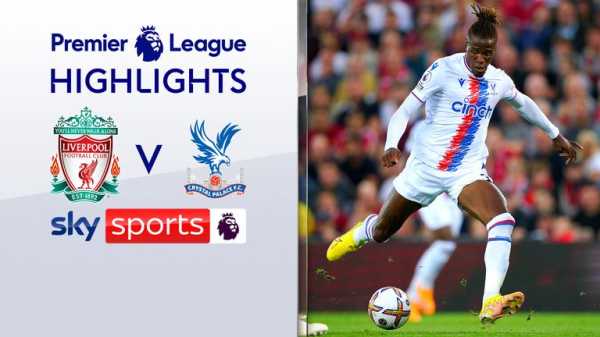 FREE TO WATCH: Highlights from the 1-1 draw between Liverpool and Crystal Palace in the Premier League

“You don’t need to say too much to a player that has been sent off as it’s awful anyway and they take responsibility. I’m sure he’d have gone around the dressing room to apologise. The rest of the lads in that dressing room will pick him up as it’s a good dressing room.”

If you see a reply to Sky Sports posts and/or content with an expression of hate on the basis of race, sex, colour, gender, nationality, ethnicity, disability, religion, sexuality, age or class, please copy the URL to the hateful post and screengrab it and email us here.