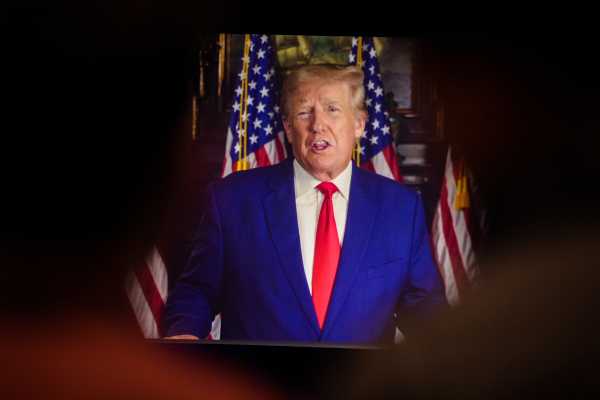 After three contentious years, the Congressional Ways and Means Committee can finally get its hands on former President Donald Trump’s tax returns. But whether the Committee will release that information to the public is yet to be seen.

Trump’s tax returns should have been public information since his nomination in 2016. Now that Congress has access to the documents, the appropriate committees can determine whether he committed any financial indiscretions and whether the IRS dealt with it properly. But it also opens the door for the public and the media to scrutinize those documents, which could tell us the nature of his finances, whether he has exploited tax loopholes or committed financial crimes, and his financial links to powerful people and other governments while he was in office.

Trump has long sought to keep his returns under wraps, but a Supreme Court decision handed down in November means that the committee can access them, despite his strenuous efforts to keep them private. Some of Trump’s tax documents are already public information, via a 2020 New York Times report. That reporting showed his manipulation of the tax system and his financial reporting in order to pay minimal taxes — or in many cases, nothing at all.

The documents the committee can now access include six years of the former president’s tax returns, from both his business and personal filings and covering much of his time in the White House, according to CNN.

Trump fought to keep his returns private since Richard Neal (D-MA), chairman of the committee, requested them in April 2019. The Treasury Department initially denied the request, setting off a years-long court battle.

But it’s not necessarily the committee’s goal to air Trump’s finances in broad daylight — they ostensibly want the information to assess the IRS’ presidential audit procedure, something that all presidents and vice presidents undergo yearly while they’re in office.

The Treasury Department, which oversees the IRS, told CNN last week that it was complying with the court’s order to hand the documents over to the committee. Though the committee met Thursday to discuss what it would do with the documents, Neal told reporters the same day that he wouldn’t comment on whether he had seen them or what exactly the committee planned to do, Roll Call reported Thursday.

“It’s very sensitive information,” he said at the time. “We intend to deal with it professionally.”

What is a presidential audit, and why is the Ways and Means Committee looking into it?

It’s unclear exactly why Trump has gone to such lengths to shield his tax records. But even though his recent tax records have been released, they might not satisfy the people asking that question — both because it’s not the one the Ways and Means Committee set out to answer, and because the records might not be made public.

“The thing that interests me the most about the Ways and Means procurement of the returns is what it will tell about the IRS audit of those returns,” Keith Fogg, an emeritus professor at Harvard Law School, told Vox via email. “Are the audits complete now? How much did he owe if anything? Did he pay it? What special steps did the IRS take to audit the returns of a candidate/President?”

Trump refused to release his tax returns during the 2016 campaign, saying he was “under audit” and would make them public when that process was complete. A 2020 New York Times investigation showed that he had been in a decade-long battle over a $72.9 million refund he received on his 2010 tax return.

“I suspect that the NY Times gave us most of the information about his returns and the new data will just confirm what was already made public,” Fogg said.

The committee’s request has to do with the process of examining Trump’s tax records while he was president, rather than the information they contain.

“The president’s and vice president’s returns are audited every year regardless of whether they raise red flags that might cause another taxpayer to be audited,” Daniel Hemel, a professor at New York University School of Law, told Vox via email. The procedure for auditing those returns is unique to those records, as laid out in the Internal Revenue Manual. They’re supposed to receive a prompt and thorough examination under careful security measures. “One reason for the House Ways & Means Committee inquiry is to learn how — in practice — those audits differ from audits of other returns,” Hemel said.

The other question the documents could answer is, as Hemel told Vox, whether the IRS dealt with any red flags appropriately.

“By reviewing the returns itself, a congressional committee could learn whether there are any suspicious items that, in a normal audit, would warrant follow-up,” he said. “And then the committee could investigate whether the IRS actually did follow up on those items and to what effect.”

Depending on the results of the review, Congress could change the process via legislation.

Despite the public’s legitimate interest in Trump’s tax returns, there’s still a shroud of secrecy around them. They’re sensitive private documents, even if they belong to a public figure and former politician, and they must be treated that way, as the Internal Revenue Manual dictates.

Legally, the IRS has to furnish returns to the Ways and Means Committee, the Senate Finance Committee, or the Joint Committee on Taxation upon written request from the committee chair, but that doesn’t give those bodies carte blanche to make them public.

But what those three committees can do, Hemel pointed out in a piece for Lawfare, is submit the documents in legislation or a report to the full House or Senate, or both, at any time, putting that information into the public record.

There are political reasons for the House committee to keep the documents private for now. First of all, it would be a bait-and-switch to make them public; Neal stated multiple times since he requested the information in 2019 that the committee’s sole intent was to examine the presidential audit procedure — not to release it for political purposes or to embarrass Trump.

Given that the committee probably won’t (or, at least, probably shouldn’t, as Hemel argues) release the documents to Congress, and won’t finish a thorough examination of the presidential audit process before January 3 when Republicans gain leadership of the committee, there are still ways Congress could carry out the review of the audit procedures — and also eventually release Trump’s tax documents.

Now that the highest court has decided Trump cannot block congressional committees from obtaining his returns and requested materials, the Senate Finance Committee, which will remain in Democratic control, could step in and request the documents, carrying out its own assessment of the presidential audit process. That, Hemel said, could motivate Congress to make legislative changes to the process if necessary — or “make a referral to the Justice Department for prosecution if the facts warranted.” From there, the committee could release the documents to the full Senate, by making such a referral or designating another legitimate reason to do so.

Given the scope of the Ways and Means Committee’s reasoning for requesting Trump’s tax returns, the public likely won’t see those documents any time soon. But that doesn’t mean we shouldn’t — or that we never will.