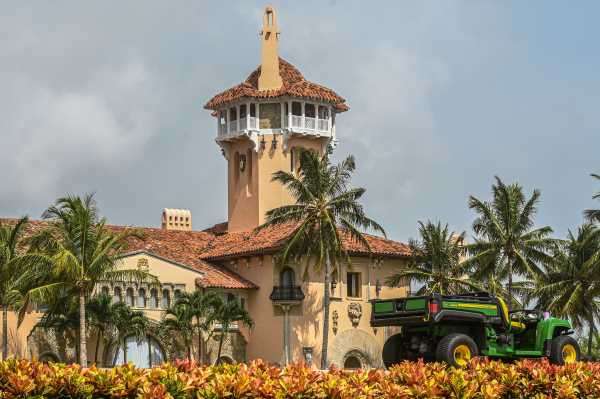 After a week punctuated with reprimands of the Department of Justice by Republican lawmakers and their subsequent demands for accountability following an FBI search of former President Donald Trump’s Mar-a-Lago residence, the search warrant released Friday indicates the search was conducted in connection with, among other things, the Espionage Act.

The Espionage Act is actually a series of statutes under 18 US Code Chapter 37 related to the collection, retention, or dissemination of national defense or classified information. The Mar-a-Lago search warrant referred to Section 793 — “Gathering, transmitting or losing defense information,” which doesn’t just cover “spying” in the sense that many think of when they hear the term. Section 793 specifically states that people legally granted access to national defense documents — people like the former president — are subject to punishment should they improperly retain that information.

Under the Presidential Records Act, which relates to the retention of government documents by the National Archives and Records Administration, or NARA, official documents and other material or information a president and vice president may have obtained while in the office must go to NARA for preservation.

The Presidential Records Act is a post-Watergate innovation which “changed the legal ownership of the official records of the President from private to public, and established a new statutory structure under which Presidents, and subsequently NARA, must manage the records of their Administrations,” according to the NARA website. Under that statute, presidential records belong to the national archivist — and therefore the American people — when a president leaves office, unless that person has the permission of the archivist to dispose of records that are no longer useful.

That didn’t happen at the end of the Trump administration; instead, as Maggie Haberman reported on a recent episode of the New York Times podcast The Daily, Trump took 15 boxes of material with him when he departed for Mar-a-Lago as Biden took office. Those boxes contained, as Haberman recounts, items like a raincoat and golf balls. They also contained a number of documents that fell under the Presidential Records Act, and NARA spent the better part of 2021 negotiating with Trump’s team to obtain those records. When NARA finally received those documents earlier this year, Haberman reported, they found several marked “classified.”

Violating the Presidential Records Act alone would be significant enough, but, as Haberman said, “The fact that there were documents marked ‘classified’ in these boxes raised all kinds of concerns from federal officials.” Even more concerning, Trump apparently didn’t return all of the records falling under the Presidential Records Act — prompting Monday’s Mar-a-Lago search. That yielded 11 tranches of documents, four of which are top-secret, three of which are labeled “secret,” three of which are labeled “confidential,” and one of which is labeled “Various classified/TS/SCI documents” meaning they’re meant to be read only in secure rooms by people with high levels of security clearance, according to the Justice Department’s property receipts.

Who has previously been charge under this act, and for what?

High-profile Espionage Act cases often involve leaking classified government information to news sources. Reality Winner was a contractor with the National Security Agency when she leaked a classified government report about Russian meddling in the 2016 presidential election to The Intercept. She was arrested shortly after the story published in June 2017 and sentenced to five years and three months in federal prison on one count of transmitting national defense information under the Espionage Act.

That Winner’s single charge resulted in more than five years in prison is an indication of just how seriously the Espionage Act can be prosecuted; it’s also part of an almost consistent struggle between the free press and the US government across administrations. Winner and other whistleblowers have done what can arguably be called a public service — risking their freedom and livelihoods to provide the public with information about what the government is doing in their name, or other critical but classified information.

Daniel Ellsberg, for example, was tried in 1973 under the Espionage Act for leaking to the Washington Post and the New York Times the so-called Pentagon Papers — about 7,000 pages of documents covering US involvement in the Vietnam War that countered the government’s official narrative for that involvement. He faced up to 115 years in prison for leaking the report, but his case was dismissed due to the government’s malfeasance in gathering evidence about Ellsberg. The government also attempted to prevent the Post and the Times from publishing the Pentagon Papers, but the Supreme Court ruled in favor of the papers.

Both Winner and Ellsberg had legal access to the documents they leaked; their crime was in sharing it. Trump, too, had the legal right to access the documents and records the government just seized — but not after he left office, and not at Mar-a-Lago, under unclear security measures.

According to Section 793, part d, it’s illegal to knowingly retain information that one believes could do damage to the US or aid another country and fail “to deliver it on demand to the officer or employee of the United States entitled to receive it.” On Sunday, it appeared that Trump may have crossed that line, according to a New York Times report. One of Trump’s lawyers apparently signed a document in June stating that all classified material had been returned to the government; the DOJ’s unsealed receipts detailing all the items taken from Mar-a-Lago Monday indicate that statement wasn’t true.

What could be next for Trump

Since the affidavit outlining the DOJ’s reasons for believing that Trump had documents in his residence that could pertain to the Espionage Act has not been made public, we don’t know the evidence that justifies that possibility.

“If the Justice Department wanted to pursue a criminal case, based on the available information known to the public to date, they appear to have a very strong case,” New York University law professor Ryan Goodman told Axios. The unsealed warrant also cites Section 1519, which refers to the destruction or manipulation of records (whether classified or not) related to a federal investigation or bankruptcy proceedings. As the New York Times’ Charlie Savage reported Friday, it’s unclear whether the DOJ invoked Section 1519 regarding Trump’s resistance to giving documents to NARA, or to something else entirely. The warrant also refers to Section 2071, which makes it illegal to hide, remove from its proper location, destroy, or attempt to destroy a government document — something Trump reportedly did while in office.

Though Trump agreed to release the search warrant and receipts of what the DOJ took from Mar-a-Lago, he has offered several excuses for having the documents in his possession, falsely claiming that former president Barack Obama also retained classified documents, floating the idea that evidence had been planted at Mar-a-Lago, and saying that he declassified all the documents in his possession which could be true — but wouldn’t save him from legal penalty, since there’s no record of such an action and some national security documents could carry heavy penalties for improper storage whether or not they’re technically classified.

Regardless, Republican politicians and Trump’s supporters have branded the DOJ’s search a witch hunt and accused Democrats of playing politics, as they did during Trump’s two impeachment trials and the investigation by Special Counsel Robert Mueller. Sen. Rick Scott (R-FL) compared the search to tactics used by “the Gestapo,” the Nazi secret police, and Trump’s supporters have threatened the FBI over the investigation, the Washington Post reported Friday.

Trump also took advantage of the search by painting it as “lawlessness, political persecution, and [a] Witch Hunt” in a fundraising email Tuesday, which “must be exposed and stopped,” Reuters reported.

Although it’s certainly possible that Trump will be charged with crimes under the Espionage Act or another of the statutes in the DOJ’s warrant, it’s far from certain; there’s still much that is unknown at this point. And while Trump has behaved in some truly alarming ways before, with no repercussions; there’s no indication — yet — that this situation will be any different.