As the United States faces decades-high inflation, people across the country are looking to lawmakers for respite.

Democratic Rep. Colin Allred of Texas joined ABC News on GMA3 to discuss the Inflation Reduction Act, a sweeping climate, tax and health care package that the Senate passed over the weekend. The bill is now set for a vote in the House this week.

GMA3: So many American families are in a financial crisis right now. Tell us what makes this bill historic and what it's actually going to do for those families who need some relief?

ALLRED: Well, it's going to help you lower the cost of your health care. For the first time in so long, that we've been pushing for this, Medicare is going to have the ability to negotiate to lower the cost of prescription drugs. And it will be the drugs that we don't have the market mechanisms to hold down the costs… So those are the ones that are really hitting families the hardest. 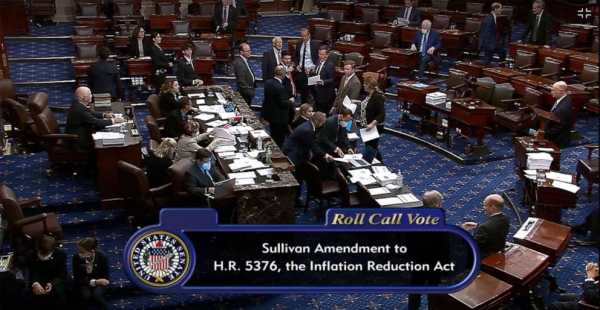 The Senate vote on the Inflation Reduction Act is seen in a still from video from the the Capitol, Aug. 7, 2022.senate.gov

It's also going to make sure that, if you're using the individual market, that your rates stay low. That's something we started in the American Rescue Plan. It's extended those benefits.

But also for your homes, it's going to encourage you — to give you tax credits toward getting more efficient energy use in your home, but also more efficient energy grids. So it should lower your costs overall in terms of what you'll be paying to keep the lights on and the AC on, which we're needing a lot of here in Texas right now.

GMA3: It is called the Inflation Reduction Act. You didn't mention inflation in that answer… So are you comfortable selling this to your constituents as something that's going to bring down inflation?

ALLRED: Well, it lowers costs. And that's also a way of combating inflation, because when you have to spend more in some areas, if you can lower costs in other areas, that's basically the same thing in terms of balancing out your budget and trying to help working families get by.

I was raised by a single mother who was a public school teacher here in Dallas. I know what it's like to go to the store and wonder, are you going to be able to get all the things you need for the week? And so this is what we're trying to do, is find areas that we can control, where we can lower your costs.

So much of what we're dealing with in terms of inflation is a global issue that's happening around the world caused by the pandemic and also the war that Russia [caused by] invading Ukraine.

So there's some things that we can't control. The areas where we can, that's what we should target. And that's all we're trying to do here.

GMA3: How confident are you that this bill will make it to the president soon and in its current form? What still needs to be done?

ALLRED: Well, now that it's gotten through the Senate, we have to get it through the House. And there's always going to be some back and forth with my colleagues. That's just the way that the House works. But I do think that we'll pass it this week and send it to the president's desk. 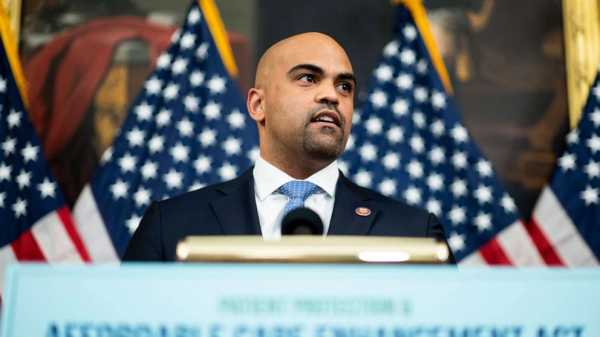 This is a huge win for President Biden but, more importantly, for the American people. This is the biggest investment that we've ever made in combating climate change.

[The bill is] going to allow us to do so many things that we need to do to try and really head off what we know is a coming climate disaster for us down the road.

GMA3: Congressman, while we have you here… Brittney Griner, who is still being held in prison in Russia… Are you comfortable right now, relatively speaking, with where this process is?

ALLRED: Yeah, well, listen, I've known of Brittney since she was in high school when I was playing football at Baylor University. And she was a standout basketball player in Houston. And we were going to try and recruit her to come to Baylor to be part of our incredible women's basketball team, which she eventually did. And she's one of the best basketball players in the world. She's a Texan, and she's somebody who we're working extremely hard to get home.

Everybody should just know that the trial, so to speak, that you just saw was a sham. In Russia, if you reach that point, you have about a 98% chance that you're going to be convicted. So it's not really a trial.

And also that she was held, and is still being held, basically to exert pressure on the United States. And so we are doing everything we can to get her and Paul Whelan home.

But I actually do think that it's a positive that we're through the trial and sentencing phase, because we've known from the beginning that the Russians weren't going to seriously discuss a swap with us until that happens.

So as sad as it's been to see her receive a nine-year sentence and all of those things and to see the stress that she's been under, it also means that we are closer to getting her home.