The Republican Party's national chair said Wednesday that the best response for conservatives angered by the FBI raid of Donald Trump's Florida residence this week was to "win back" Congress and force "transparency" from law enforcement.

Trump's Mar-a-Lago estate was searched by agents on Monday in relation, sources told ABC News, to documents that he took with him when he departed Washington, including some records the National Archives said were marked classified. (Both the FBI and Department of Justice have declined to comment.)

The operation marked a notable development in one of several legal challenges facing Trump, who has denied all wrongdoing.

At the dinner, Republican National Committee Chairwoman Ronna McDaniel said potential action against the FBI or the Department of Justice relied on Republicans taking back control of Congress in the November midterms.

McDaniel also argued that this week's actions were "creating distrust in our institutions."

"What piece of paper did he [Trump] take? I asked him the other day — I'm like, 'Was it the Declaration of Independence or what did you take?' I think this is really deeply troubling," she said, suggesting the search was an overreach

Sources told ABC that the FBI had court authorization; Trump and his attorneys have not released any information about the search warrant, which they would have been provided. 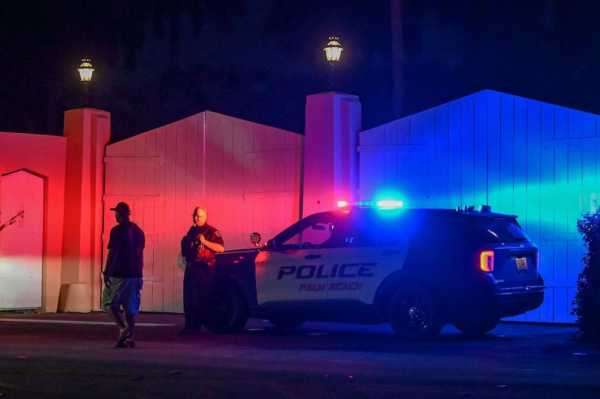 Iowa Sen. Chuck Grassley said at Wednesday's dinner he "didn't know enough" about the FBI operation to "say what's legitimate to say or not" but compared it to the ongoing investigation of President Joe Biden's son Hunter's taxes and to a past probe of how Hillary Clinton also handled classified information. (Hunter has said he believes he will be cleared; Clinton was never charged with a crime.)

"When I had a conversation yesterday with the FBI director [Christopher Wray], I had a chance to discuss this with him, and I tried to point out: How come you did not negotiate something with the president, as you did with Hillary Clinton about her email?" Grassley said.

Grassley said he reached out Wray to ask for "some justification for what you're doing" but the department didn't respond, saying any comment would come from Attorney General Merrick Garland. At a separate event in Nebraska on Wednesday, Wray said only, "I'm sure you can appreciate that's not something I can talk about."

"We can't have a two-tiered system of justice in America," Grassley said at Wednesday's dinner. 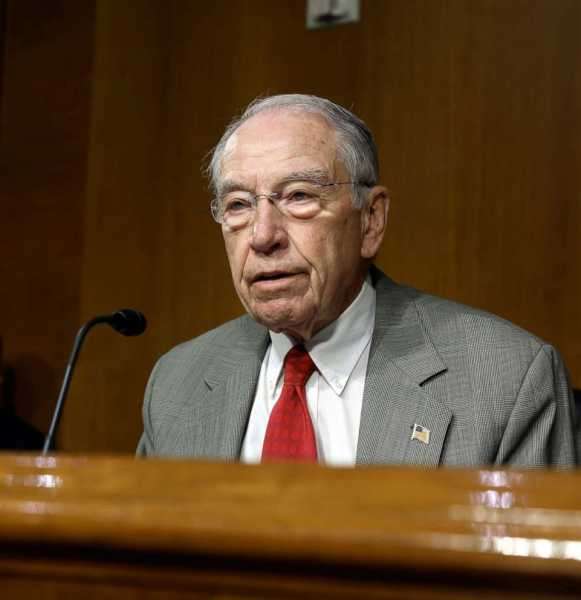 In their own remarks, Iowa Gov. Kim Reynolds and Rep. Randy Feenstra used the search at Mar-a-Lago to try and galvanize people ahead of the midterm elections.

"This administration has unleashed the DOJ, the FBI, on parents, on taxpayers, on gun owners and a former president of United States of America. We are at an all-time low folks," Reynolds said. "Elections matter and we need to step up and we need to show up and we need to let them know that enough is enough and we are not going to take it any longer."

"That's why we're here, because we are passionate about making sure that we save our country — save this greatest country that's in the world. But each one of us has to do our part, including myself," Feenstra said.

"So it's my job to make sure that we fire [House Speaker Nancy] Pelosi … because then we can investigate Hunter Biden and then we can have hearings on all these other things that are happening, especially what happened to Trump just a few days ago," Feenstra added. 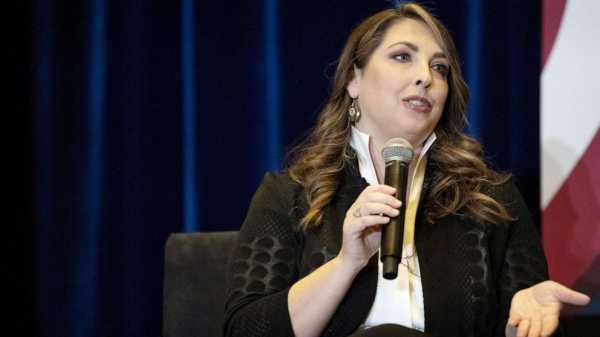 Iowa Republicans started off the night with a prayer, saying "evil surrounds us" while attacking the DOJ and the "out of control" FBI.

"Lord, we know that we're a tipping point in our country. … Lord, help us be vigilant in defending our religious and our personal freedoms," said Steve Scheffler, a state party leader.

Republicans spent most of Wednesday's Lincoln Dinner focusing their base on the midterm elections and also reaffirmed their commitment that Iowa will be the first state in the nation to choose a Republican presidential candidate during the 2024 cycle.

Their embrace of Iowa comes as Democrats are poised to remove the state from leading off their own nominating process.

"Most of all, it comes down to the grassroots and the investment from you and the serious nature in which you put in into selecting who Iowa will choose in your caucus, so I didn't want to change it," McDaniel said.