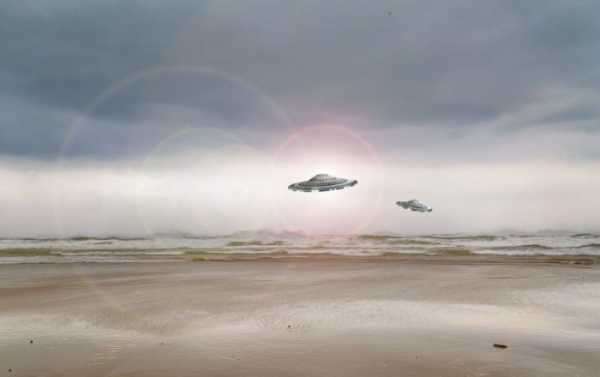 New Delhi (Sputnik): Whenever a shimmering light or an erratically moving object is spotted in the sky, people think of nothing other than an Unidentified Flying Object (UFO). Many in India claim to have witnessed several such “extra-terrestrial” occurrences.

Whether one believes in UFOs or not, the mystery behind the unknown phenomenon is enough to spark curiosity among people. News of a sighting of an unidentified object in the sky spreads like wildfire. India has had its own share of incredible sightings of such glimmering objects in the sky.

A video of a colour-changing object in the sky in Kolkata in 2007 became the talk of the town, with several media publications carrying news about the sighting. The video was widely viewed, however, the object remains unidentified to date and the phenomenon continues to blow people’s minds.

At the time, the Air Traffic Control in Kolkata told the media that the radar controller did not record any such object that day and no irregular activity was reported by pilots.

An unidentified object that was spotted over the iconic Taj Mahal, located in Uttar Pradesh, startled Indians in 2003. Dramatic pictures of the curiosity-sparking object went viral. While UFO enthusiasts were intrigued by the pictures, sceptics simply termed the object a “bug” in the lense of the photographer.

A shiny flickering object in the sky of the northern Indian state of Haryana is believed to be the latest known UFO sighting. Locals in the village of Ghespur recorded a clip that went viral on social media, sparking a meme spree.

A fireball travelling at a high speed in the sky was witnessed in the Indian state of Chhattisgarh in June this year. The video, which went viral on the Internet, prompted netizens to tag NASA and the Indian space agency, the ISRO, asking them to identify the object. At the end of the video, the mysterious object disappeared in the sky. However, the celestial phenomenon has not been identified yet.