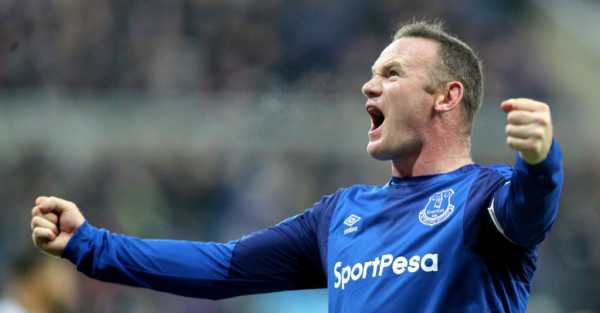 Rafael Benitez’s departure from Everton has thrown open another managerial vacancy and some interesting names are already being lined up to replace the 61-year-old Spaniard.

Here, the PA news agency takes a look at some of the potential contenders to replace him.

England and Manchester United’s leading goalscorer has endured a baptism of fire in his first managerial job at Derby and the temptation to return to his boyhood club could prove too strong to turn down should the call come. Everton have prised managers away from Premier League rivals in the past – Ronald Koeman from Southampton and Marco Silva from Watford – but have not, however, gone down the route of hiring an up and coming manager with little experience.

Like Rooney, Lampard cut his teeth in management at Derby before being handed the reins at Chelsea, where he had enjoyed a distinguished playing career and is the club’s all-time leading goalscorer. He held talks with Norwich after Daniel Farke was dismissed in November, before dropping out of the race for that job. The former Chelsea boss has been out of management for a year after being sacked last January. Lampard took the Blues to the FA Cup final and into the Champions League and gained plaudits for developing young players like Mason Mount, Fikayo Tomori, Reece James and Tammy Abraham during his spells in charge of Derby and Chelsea.

A bid for the current Brighton boss would be audacious move from Everton, and it is far from certain that Potter would consider a switch to Goodison Park a step up. The 46-year-old continues to receive praise for the job he has done at Brighton and the former Ostersunds and Swansea boss has been linked with a move to a club with more resources than the Seagulls, but Everton may struggle to convince Potter to leave his ongoing project on the south coast mid-season.

The current Belgium boss has been repeatedly linked with a return to club management during his five-year-plus stint on the international stage, with Barcelona having reportedly considered him as a candidate to replace Ronald Koeman. The Spaniard has enhanced his reputation since his spells in English football with Swansea, Wigan and Everton – whom he led to a fifth-placed finish in the Premier League during his time in charge at Goodison Park.

A much-loved figure during his playing days at Goodison Park, “Big Dunc” scored 72 goals in 273 appearances for the Blues across two spells during the 1990s and early 2000s. Since 2014, Ferguson has been on the first-team coaching staff at the club, and had a spell as caretaker manager following Marco Silva’s sacking in 2019, as well as being Carlo Ancelotti’s assistant.

Linked with the Tottenham and Newcastle jobs recently, the 48-year-old led Shakhtar Donetsk to three titles in Ukraine and led Roma to fifth in Serie A as well as a Europa League semi-final before leaving the Italian capital in May. He held talks with Spurs over the summer before they eventually broke down but has shown intent to try his hand in the Premier League.