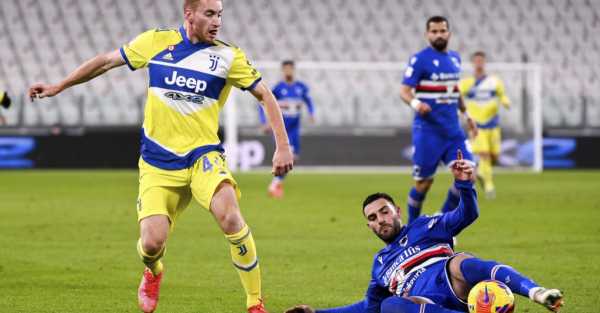 Tottenham have turned their attention to Juventus forward Dejan Kulusevski in order to try and salvage their January transfer window.

The PA news agency understands Spurs are trying to sign the 21-year-old Sweden international before Monday night’s deadline, possibly on loan with an obligation to buy, after missing out on Porto’s Luis Diaz and Wolves’ Adama Traore in the last 24 hours.

Kulusevski is known to Tottenham’s managing director of football Fabio Paratici, who left Juve in the summer, but has not been a regular for the Serie A side this season, starting only 10 of 20 games in the league.

Yet his versatility in forward areas, where he can play as a winger, striker or an attacking midfielder, will appeal to Paratici and boss Antonio Conte, who has identified a number of positions to strengthen this month.

Conte will be getting anxious over the lack of arrivals, with the deadline just three days away, having made his pleas for reinforcements to maintain their hopes of challenging for the Champions League.

An eye-catching deal to bring Diaz to north London has been hijacked by Liverpool, who are now set to sign him, while Traore is in Spain having a medical with Barcelona, despite Spurs chasing him since the summer transfer window.

Diaz emerged as a surprise target earlier this week, but long-time admirers Liverpool have flexed their muscles, with the Colombia international choosing the Reds ahead of Spurs, who were willing to pay Porto the asking price.

Tottenham tried to sign Traore in the summer and were in negotiations for him for most of this month, but have seen Barcelona swoop in.

Spurs have also been linked with Fiorentina midfielder Sofyan Amrabat over a possible loan move.

There could still be some outgoings before Monday night as well as Dele Alli, Tanguy Ndombele and Giovani Lo Celso are all free to leave.

Alli has interested a number of Premier League clubs who would most likely propose a loan deal, while record signing Tanguy Ndombele is keen to join Paris St Germain on loan.