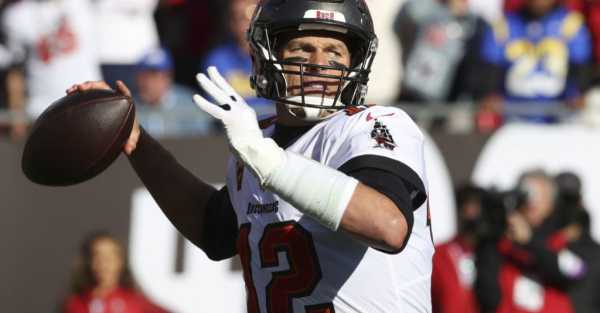 Tom Brady says he has not yet made a decision about whether to retire from the NFL.

The seven-time Super Bowl-winning quarterback said on his Let’s Go podcast on Monday: “I’m just still going through the process.

“Sometimes it takes some time to really evaluate how you feel, what you want to do, and I think when the time is right, I’ll be ready to make a decision, one way or the other.

“I understand my decision affects a lot of people’s lives so when that decision comes, it’ll come.”

Reports of the 44-year-old’s retirement emerged on Saturday, with the NFL Twitter account and TB12 Sports, the fitness and training company set up by Brady and his personal trainer Alex Guerrero, among those posting the news, though TB12 Sports quickly deleted its tweet.

Following the flurry of speculation, Brady’s agent Don Yee insisted “Tom will be the only person to express his plans”, adding that he expected a statement to come “soon”.

A statement from Yee, posted on the NFL website, read: “I understand the advance speculation about Tom’s future. Without getting into the accuracy or inaccuracy of what’s being reported, Tom will be the only person to express his plans with complete accuracy.

“He knows the realities of the football business and planning calendar as well as anybody, so that should be soon.”

Brady said on Monday: “We’re in such an era of information and people want to be in front of the news often, and I totally understand that and understand that’s the environment we’re in.

“But I think for me, it’s literally day to day with me. I’m trying to do the best I can every day and evaluate things as they come, and I’m trying to make a great decision for me and my family.

“I’ll know when the time’s right. When I know, I’ll know and when I don’t know, I don’t know, and I’m not going to race to some conclusion about that.”

Brady won six Super Bowls with the New England Patriots before adding a record seventh with the Tampa Bay Buccaneers last season and, should he leave, would exit on top of the charts in almost every major passing statistic.