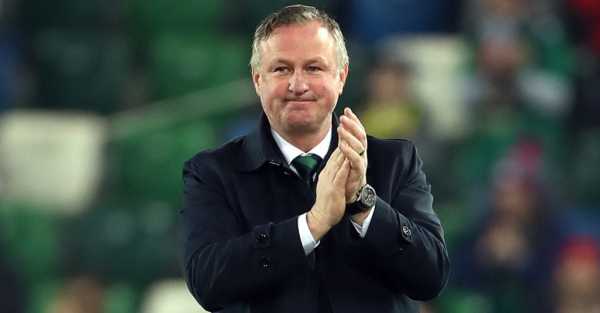 Michael O’Neill has agreed to return for a second stint as Northern Ireland manager.

The 53-year-old’s appointment as Ian Baraclough’s successor will be confirmed at a press conference in Belfast on Wednesday after talks with the Irish FA accelerated in the last 48 hours.

O’Neill guided his country to a first major tournament in 30 years when he led them to Euro 2016 but resigned in April 2020 having already taken the job as Stoke manager a few months before.

When former Under-21s boss Baraclough was shown the door in late October, O’Neill quickly emerged as the favourite for the job given he was out of work after being sacked by the Potters in August.

Stephen Robinson, Tommy Wright, Kenny Shiels and David Healy were also seen as candidates, but the Irish FA’s first priority was to persuade the popular O’Neill to take charge for a second time.

Although he struggled to make an impact in the Sky Bet Championship, O’Neill is still revered by the Green and White Army for the job he did in revitalising the national side.

His return will fuel hopes that Northern Ireland can capitalise on a favourable draw for Euro 2024 qualifying, where they will face Denmark, Finland, Slovenia, Kazakhstan and San Marino.

O’Neill will need to rebuild confidence in a squad that struggled under Baraclough, who took almost a year to register his first victory inside 90 minutes, and who narrowly avoided back-to-back relegations in the Nations League thanks to goal difference.

The qualifying draw should offer the opportunity to do just that, with an away match against minnows San Marino up first in March before a home game against Finland at Windsor Park.