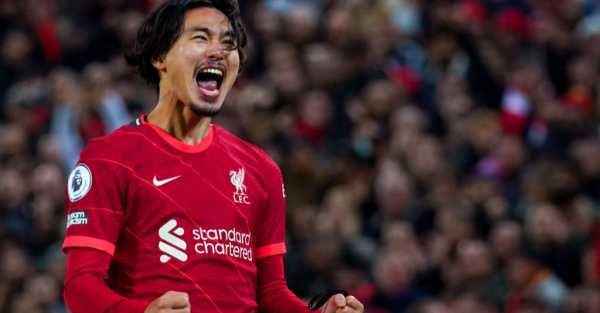 Liverpool have rejected initial approaches from Monaco and Leeds for forward Takumi Minamino.

The Japan international has made 18 appearances this season but only six of those have been starts and four of those came in the Carabao Cup.

However, in spite of the expression of interest from the Ligue 1 club and fellow Premier League side the PA news agency understands Liverpool have turned down both.

While Minamino is well behind Mohamed Salah, Sadio Mane, Roberto Firmino and Diogo Jota in the pecking order Jurgen Klopp’s side are still in four competitions – they have a League Cup final against Chelsea in a month’s time – is it believed there is no real desire to offload the 27-year-old.

It would take a considerable offer for them to be persuaded to consider allowing the player, signed from RB Salzburg in January 2020 for £7.25 million (€8.7 million), to leave.

Atalanta are also understood to be considering striker Divock Origi as a serious option should their Newcastle-linked Colombia international Duvan Zapata move to the Premier League.

There has not yet been a formal approach to Liverpool, but it could be a move which appeals to the Belgium forward, in a World Cup year, who has scored five goals in 11 appearances this season despite struggling for pitch time.