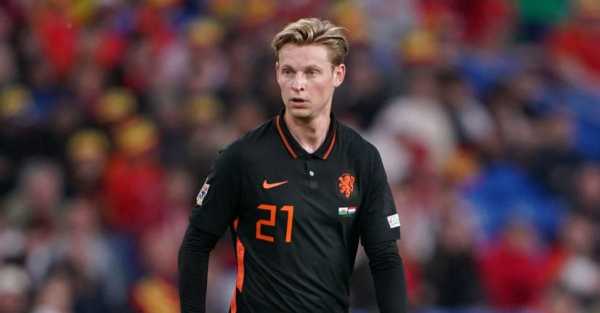 A fresh twist could be on the cards for Frenkie de Jong‘s future at Barcelona, with the Daily Mirror reporting the midfielder has once again denied a request to reduce his salary.

Citing Spanish outlet Sport, the paper says the club are desperate to offload the Dutch international, with Barcelona needing to take a drastic approach to reducing their salary expenses in order to meet requirements to register new players and contracts for next season.

Staying with Barcelona, The Sun – also via Sport – says the Spanish giants are heavily scouting Arsenal forward Gabriel Martinelli at the World Cup. Barca are believed to be looking at an end of season move, though Martinelli has previously indicated his intention to remain with the Gunners.

And Arsenal may need to re-draw their own transfer plans as a result of Gabriel Jesus’ injury in Qatar. According to the Daily Mirror, the club’s need to fill the hole left by Jesus supersedes their interest in primary target, Shakhtar Donetsk’s Mykhaylo Mudryk.

Luizao: West Ham have agreed a deal for the Sao Paulo centre-back, according to website 90min.