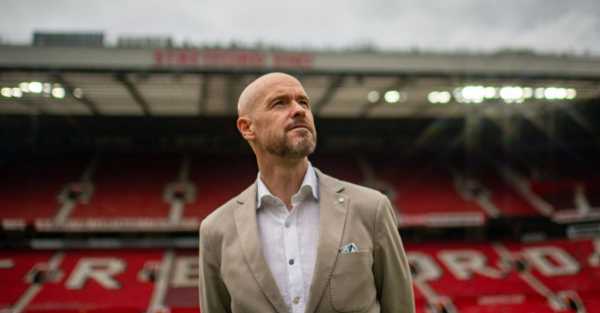 Erik ten Hag insists there is no cause for alarm over the lack of new faces at Manchester United even as time ticks down in the transfer market with key targets yet to sign.

United have had another turbulent week in the window. They may be closing on France midfielder Adrien Rabiot, but will have heard former player Lou Macari criticise the potential signing on in-house channel MUTV on Friday, arguing the 27-year-old is not good enough.

That came after a report suggesting United’s board are unwilling to back Ten Hag’s wish to sign Chelsea’s Hakim Ziyech, while a move for veteran forward Marko Arnautovic was abandoned following criticism from fans.

Three months of pursuing Barcelona midfielder Frenkie de Jong are yet to bear fruit and although Lisandro Martinez, Tyrell Malacia and Christian Eriksen have arrived, frustration is growing among supporters with less than three weeks until the window closes on September 1.

“When Manchester United is not performing, not winning, that’s normal,” Ten Hag said when asked if the concern on fans’ message boards was shared inside United.

“I would be more in panic when there wasn’t panic because we have to win. That is the demand. Still, I would say panic isn’t the right word. It’s more like, ‘come on, we have to act’. We have to think bright and do the right things.”

United still have time but they have been slow to act this summer given it is three and a half months since Ten Hag’s appointment was announced.

“Once again it would be my preference (if) we could be starting the process earlier, that’s quite clear but at the end of the day the season is long and you have to get in the right players,” he added.

“It’s really complicated but I think we are really happy with what we have done until now.”

The Dutchman also expressed confidence he would have the squad he needed by the time the window shuts, saying: “We have to. I am convinced we will have.”

Ten Hag admits United remain short in midfield and attack. They head to Brentford on Saturday with Anthony Martial out injured and questions over whether Cristiano Ronaldo is fit enough to start after coming on as a second-half substitute in last Sunday’s 2-1 loss to Brighton.

“In the department of midfield and offence you have seen when we have one injury then we have a problem,” Ten Hag said. “That’s clear.”

United cannot afford to lose any more attacking players and Ten Hag took issue with the idea that Ronaldo wanted to leave the club due to the lack of Champions League football this term.

“That is your assumption,” he said. “That is not what he is telling me…

“We plan with him for this season and we are happy with him and we have to fit him into the team so he has to come at the right fitness levels so that he can do the job that we expect him to do.”

This week also saw reports linking academy product Marcus Rashford with an exit after reports in France said his representatives had spoken to Paris St Germain. Ten Hag moved to quash transfer speculation around the 24-year-old.

“(I’ve not spoken to him) yet but he knows I love him, he knows I want him to be here so I will tell him that again,” Ten Hag said.

“He showed already in the short time I’ve been here, in pre-season, what he can do. Also last week he was twice in a position where he could score. The team, also with his contribution, he was in the right moment in the right place and I know and I trust he will finish in the future.”