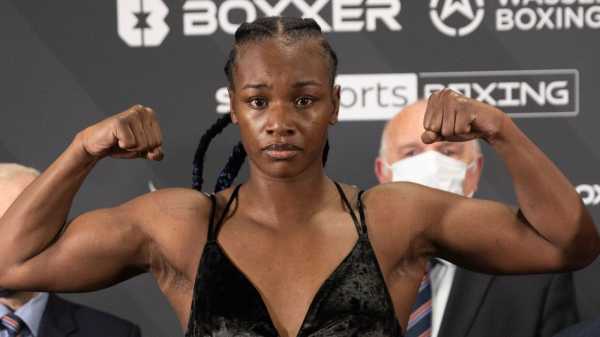 Claressa Shields shone in front of a crowd in awe of a boxing superstar in their presence but promised that her championship belts wouldn’t be lost in the UK.

The sensational American defends her IBF, WBA and WBC middleweight titles against Ema Kozin on Saturday, live on Sky Sports.

Victory would edge her a step closer to fighting WBO champion Savannah Marshall to decide an undisputed ruler in one of the best women’s fights of all time.

Shields wore her red fluffy slippers on stage on Friday night and roared to the crowd as she flexed her muscles.

“It’s go time,” she said. “I’ve been nice this whole time. I have respect for Ema – she’s got more knockouts than I have fights.

“I’ve been on the world stage since I was 16 – I have two Olympic gold, the first was in London.

“I’m not letting anybody take my titles.

“I am bringing the belts back home to the USA.” 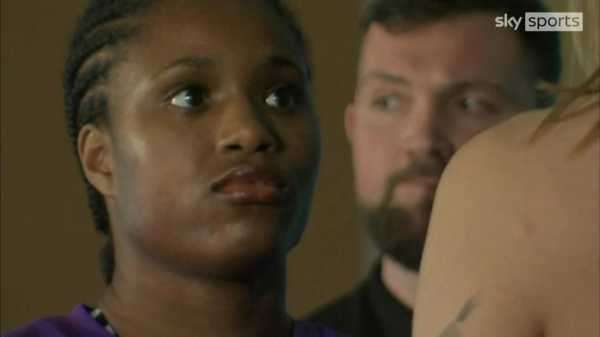 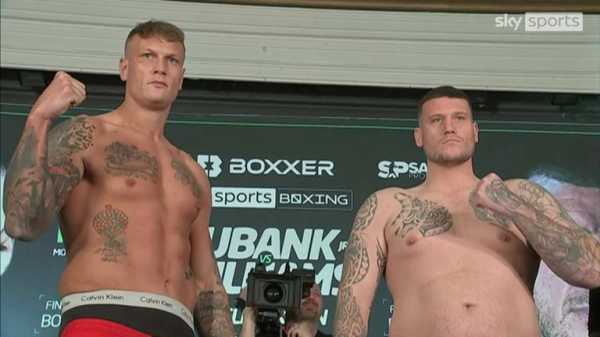 Steve Robinson, the fun-loving Geordie with Disney tattoos who is nicknamed ‘USSR’ due to his likeness to Ivan Drago, is in heavyweight action against Shane Gill. 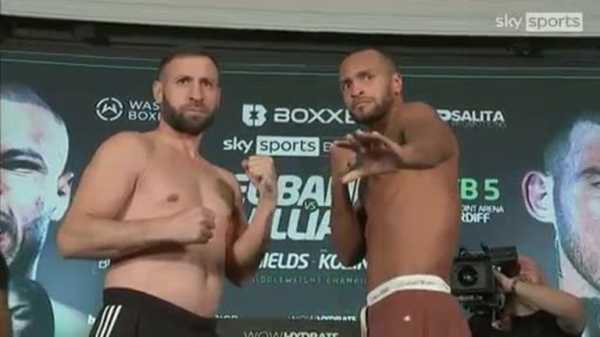 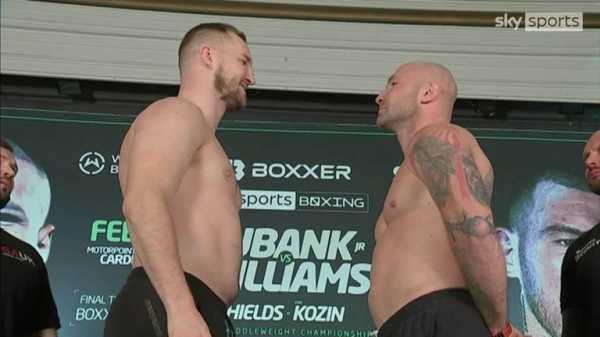 Otto Wallin, who once caused a massive cut on Tyson Fury’s face, can get back in the heavyweight title mix if he beats Kamil Sokolowski.