The drone strike that killed al-Qaeda leader Ayman al-Zawahiri is a double-edged sword for President Joe Biden, both bolstering his claim that counterterrorism operations need not rely on U.S. boots on the ground while casting doubt on his claim that Afghanistan would never again become a safe haven for America's enemies.

But for the Taliban, the revelation that Osama bin Laden's successor was hiding in plain sight in the heart of Afghanistan's capital Kabul is a much sharper blow — hardening its pariah status at a time when the country's de facto government is desperate for international legitimacy.

Taliban leaders, who initially tried to obscure evidence of the strike, waited days after to issue an official response.

On Thursday, the Taliban formally denied having any knowledge of al-Zawahiri's "arrival and stay in Kabul," even though he was living in the guest house of Afghanistan's influential Interior Minister and the U.S. intelligence community has assessed that other top-level members of the government were also aware of Zawahiri's location, according to a senior administration official within the Biden administration. 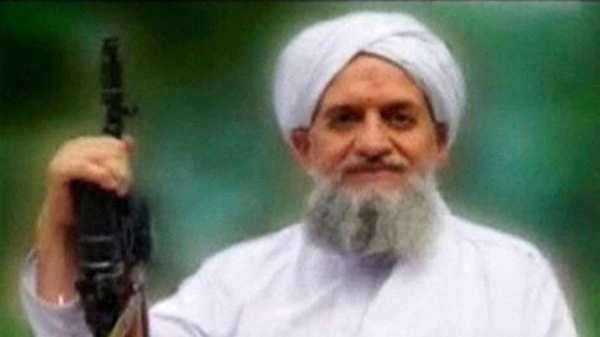 A photo of Al Qaeda’s new leader, Egyptian Ayman al-Zawahiri, is seen in this still image taken from a video released on September 12, 2011.Site Monitoring Service/Reuters

The Taliban also claimed Afghanistan poses no danger to any country, but condemned the strike that killed Zawahiri and issued a warning to the U.S., saying "if such action is repeated, the responsibility of any consequences will be on the United States of America."

Though sources say American diplomats were not surprised to see that the Taliban has continued its close ties with al-Qaeda, a longtime ally, Secretary of State Antony Blinken expressed outrage that Afghanistan's government harbored Zawahiri.

"By hosting and sheltering the leader of al Qa'ida in Kabul, the Taliban grossly violated the Doha Agreement and repeated assurances to the world that they would not allow Afghan territory to be used by terrorists to threaten the security of other countries," Blinken said in a statement, referring the 2020 deal that paved the way for the withdrawal of NATO forces from the country in return for anti-terrorism commitments. 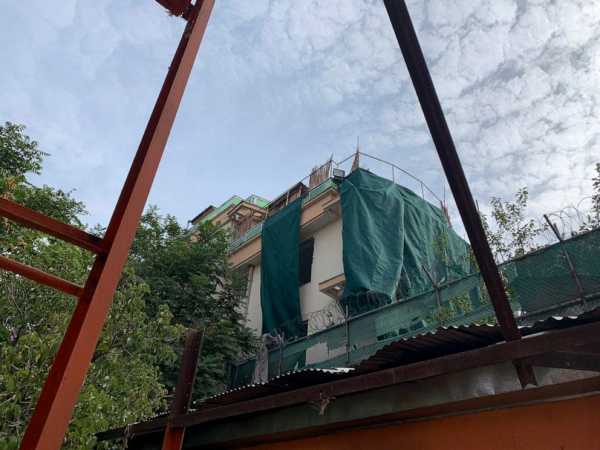 The home in Kabul, Afghanistan where Ayman al-Zawahiri was said to have been staying.Secunder Kermani/BBC News

Despite the continuing conversation, concerns that releasing the funds would be politically untenable have ballooned in the wake of al-Zawahiri's killing, as some officials fear any sign of support of Afghanistan's de facto government could be construed by the American public as condoning the Taliban's affiliation with extremists.

Though the Biden administration has previously faced backlash for failing to transfer the assets, the Taliban have the most to lose as they struggle to manage Afghanistan's floundering economy.

Isolated and under sanctions, the Taliban have recently undertaken a concentrated effort to gain status on the world stage, which the U.S. Defense Intelligence Agency has characterized as a bid "to prove to the international community that it is a reliable partner." Although no country has officially recognized the Taliban as the government of Afghanistan, at least four have accredited its appointed officials — a step in that direction.

But the Taliban's response to the strike has done little to control damage with the international community. And domestically, the Taliban have been the target of blowback from nationalist who want to seek revenge.

Meanwhile, the suffering throughout Afghanistan is only worsening. The Special Inspector General for Afghanistan Reconstruction's quarterly report to Congress released this week predicts that before November "humanitarian food assistance is expected to decrease from reaching 38% of the population to only 8% due to lack of funding." The United Nations' World Food Programme estimates that 92% of the country's population currently faces some level of food insecurity and three million children are at risk of acute malnutrition.