A president will be visiting Georgia on Thursday — only not the current one or the one who wants his old job back.

Former President Barack Obama's evening rally for Sen. Raphael Warnock marks a chance for Democrats to drive up early-voting numbers that have already set records. Obama and former first lady Michelle Obama, who recorded robocalls for Warnock, are obvious enough choices for Democrats to turn to in a race featuring two Black candidates.

But President Joe Biden has no plans to be in the state before the Tuesday runoff pitting Warnock against Republican Herschel Walker. The White House has said the president is "willing to do whatever is asked of him" in the race, though Warnock has deflected on whether he put in an ask, pointing out how time is tight before Tuesday, ABC's Lalee Ibssa reports.

Trump is almost singlehandedly responsible for Walker's candidacy and his easy path through the primary. But that same support may have cost Republicans votes last month: Gov. Brian Kemp got some 200,000 votes that Walker didn't, and Kemp cruised to a more than 7-point win even while Walker lost his head-to-head against Warnock.

Trump may yet call into a late Walker rally but has no plans to travel to the state. Kemp and a range of national Republicans have been active trying to win a 50th Senate vote, though Walker himself has run a spotty runoff campaign highlighted by strange meanderings about vampires and werewolves.

Meanwhile, more than 800,000 early votes have been recorded so far in Georgia for the runoff, with Monday setting a one-day record and then Tuesday breaking that mark. Democratic data firm TargetSmart has Democrats running well ahead of where they did in advance of Nov. 8, though some Democratic counties offered early-voting days in the runoff that weren't available everywhere in the state.

Democrats are looking to continue to bank votes that Republicans will have to match and then some on Election Day. This time, the GOP will need their voters to show up just to support Walker — even after so many of them chose not to when the ballot was more crowded in November. 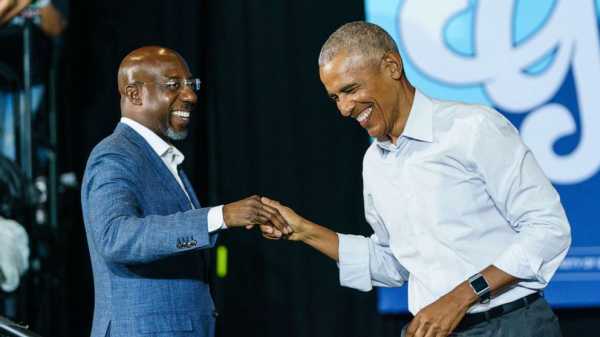 The RUNDOWN with Alisa Wiersema

The Senate is facing a tight deadline to address the possibility of a costly and looming rail strike as lawmakers close out the week.

The legislative process is taking shape in the upper chamber on the heels of the House passing a bipartisan measure that would force a labor agreement between the rail companies and rail workers. In addition to passing that legislation on Wednesday, the House also passed a separate bill that would grant rail workers seven days of paid sick leave, thereby addressing a major sticking point between workers and companies.

The White House has said that lawmakers need to have legislation on the president's desk "by this weekend," leaving Senate leadership on both sides of the aisle scrambling to piece together support with respect to the bills passed by the House.

"I don't know at this point it's real clear where the votes are for anything," Sen. John Thune, a member of Republican leadership, told ABC News' Trish Turner.

In the meantime, the White House offered a dire outlook for what a rail strike would likely entail. Press secretary Karine Jean-Pierre told reporters on Wednesday that by Friday, major railroads "will likely begin to notify their customers of the wind down process." 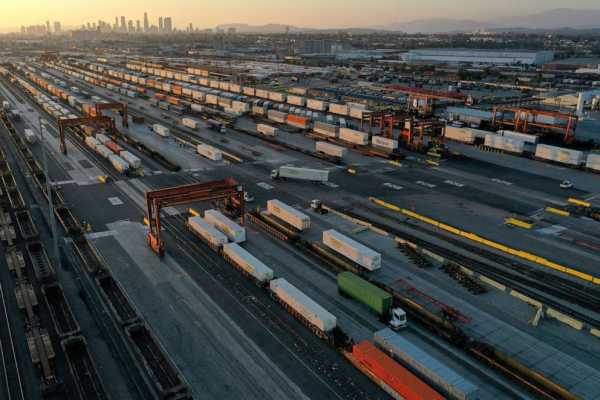 The TIP with Brittany Shepherd

Democrats are now, after months of discussion and delay, making their final decision on major changes to this upcoming cycle's presidential nominating calendar in pursuit of a grouping of states that better represent the diverse makeup of the party.

Iowa, the state traditionally first in the process, is on the chopping block, with several members of the Democratic National Committee's Rules & Bylaws Committee eager to bring down the hatchet. The remaining initial states, New Hampshire, Nevada and South Carolina, are likely to remain in place, leaving a gap in representation from the Midwest that the committee would have to fill.

Michigan and Minnesota are top contenders for that slot but both states come with their own set of baggage — with some committee members telling ABC they remain hesitant, in the case of Michigan, about letting such a large and expensive-to-advertise-in state into the mix.

Still, sailing into the debate with the tailwinds of a strong midterm performance, Michigan seems to be a popular replacement among members as it boasts ethnic and geographical diversity. But a potential sticking point is that due to its lush amount of delegates and well-rounded voting bloc compared to other early states like South Carolina and New Hampshire, such placement would create an imbalance, with candidates potentially lured to focus only on one part of the country and that state's voters gaining outsized influence — repeating the current problem.

President Joe Biden has yet to publicly comment on his preference for which states are in the early nominating window and in what order, vexing some members as they head into meetings for the next several days.

Any calendar change would affect Biden, who indicates that he plans on running for reelection, and any other Democrat who may challenge him in 2024. 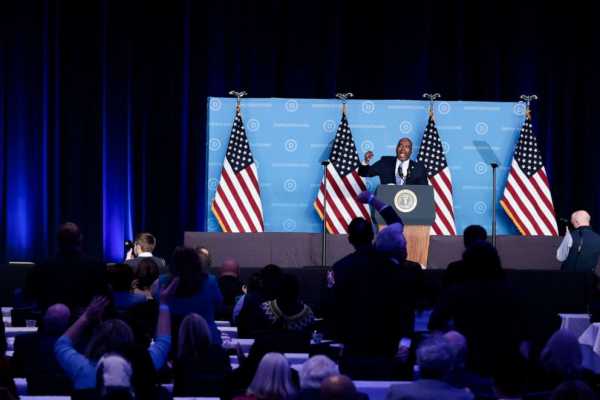 ABC News' "Start Here" podcast. "Start Here" begins Thursday morning with a preview of an exclusive interview with FTX founder Sam Bankman-Fried. ABC's George Stephanopoulos leads us off. Then ABC's Rachel Scott discusses the new leadership changes for House Democrats and what's left to do in the lame-duck session. And, Julian Glover, a reporter with our affiliate KGO in San Francisco, reports on the racial disparities in housing. http://apple.co/2HPocUL