The hopes and expectations of countless Democrats and no small number of Republicans rest with the judgment of a man in a position of considerable but not unlimited power over the fate of former President Donald Trump — in case those circumstances ring any Mueller-era bells.

A Republican Party increasingly built around Trump's grievances is putting its faith that the same man is playing this wrong — or, at least, that it can be spun that way when the dust of a surprise raid clears. Attorney General Merrick Garland has frustrated some Trump critics from virtually the moment President Joe Biden took office, with a reticence to tip his hand when it comes to investigations of the former president.

In as long as the court-authorized search at Mar-a-Lago took to play out, that flipped into an occasion for GOP fundraising boons and stern statements that tie the move to dark conspiracy theories and the Biden administration's plan to hire more IRS agents. The FBI's seizing of the cellphone of Rep. Scott Perry, R-Pa., adds to both the intrigue and potential outrage.

Democrats are left watching, waiting and ultimately having to trust Garland's judgment that the recent searches were both justified and justifiable. The White House is in the same position, urging patience on a matter that, by design, is out of the president's control, and about which almost nobody knows anything at all.

As for Republicans, it's not just Trump loyalists claiming to be incensed. Moderate GOP voices like Maryland Gov. Larry Hogan are warning, in Hogan's words, that the Justice Department will "undermine faith in democracy and the rule of law" if it doesn't release its justifications for the FBI search.

Republicans have moved quickly, if not entirely seamlessly, from chants of "lock her up" to far-right rallying cries of "defund the FBI." Democrats, meanwhile, are stuck following Garland's lead — with no signals from the Justice Department about where that might go.

As progressives aim to defend incumbents and increase their ranks in Congress, Tuesday's primaries offered a couple of wins.

In Vermont, state Sen. Becca Balint was projected to win the Democratic primary for the sole House seat in the state. She was endorsed by Sens. Bernie Sanders and Elizabeth Warren. The victory makes her almost certain to head to Capitol Hill as a member of Congress, as Democrats far outnumber Republicans in the small New England state.

The primary win also paves the way for a historic election come November. Despite Vermont's progressive hallmark, it is the only state in the nation that hasn't sent a woman to represent its residents in Congress. She would also be the first openly gay lawmaker to represent Vermonters in Washington.

Rep. Ilhan Omar, D-Minn., narrowly won her primary, fending off moderate Minneapolis City Councilman Don Samuels. Samuels had made police reform a focal point of his campaign to unseat Omar. During his concession speech, Samuels said he hoped Omar "will have learned a lesson from this" about what he called "poor constituent service." 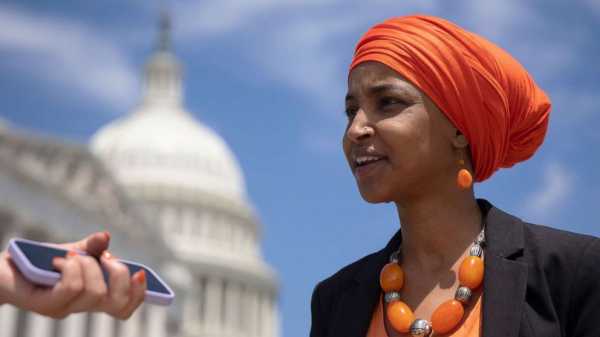 Rep. Ilhan Omar speaks to a reporter before a press conference outside the U.S. Capitol, on July 19, 2022, in Washington, D.C.Francis Chung/E & E News/Politico via AP, FILE

"In this next Congress, we could see the strongest progressive presence in a long time," Sanders said.

Herrera Beutler initially led Kent by more than 4,000 votes on election night last week, but her lead shrunk as the days went on. ABC News has not yet projected a second winner in the district's all-party primary, but if Kent advances to the general election, he will face off with the other top vote-getter in the primary, Democratic candidate Marie Gluesenkamp Pérez.

In her concession, Herrera Beutler — whose written testimony about a call between Trump and House Minority Leader Kevin McCarthy on Jan. 6 was admitted as evidence into the former president's second impeachment trial — said some of the things she accomplished during her time in Congress were "unexpected and difficult."

"But I'm proud that I always told the truth, stuck to my principles, and did what I knew to be best for our country," Herrera Beutler said.

The six-term congresswoman is the latest of 10 Republicans to grapple with the political fallout of voting to impeach Trump in the aftermath of Jan. 6. Just two Republicans — California Rep. David Valadao and Washington Rep. Dan Newhouse — won their primaries. Four other Republicans decided not to run for reelection, and, along with Herrera Beutler, two more lost their primaries to Trump-backed opponents. 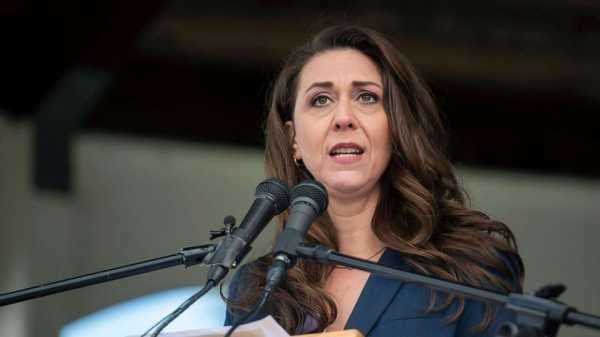 Rep. Jaime Herrera Beutler, speaks at an event on May 30, 2022, in Vancouver, Wash.Taylor Balkom/The Columbian via AP, FILE

Rep. Liz Cheney, who is arguably Trump's biggest target, will be the last of the group to face voters next week for Wyoming's at-large district.

33. That's the percentage of Americans who named crime or gun violence as a top issue facing the country in the latest our FiveThirtyEight/Ipsos poll, which made it the second-most important topic of the 20 we asked about. Read more from FiveThirtyEight's Geoffrey Skelley and Holly Fuong on how Democrats and Republicans think differently about crime and gun violence.

ABC News' "Start Here" Podcast. "Start Here" begins Wednesday morning with the latest on the FBI's search of former President Donald Trump's Florida estate. ABC News' Jonathan Karl leads us off. Then, ABC News' Mary Bruce explains a new law that will boost chip manufacturing in the U.S. And, a health and climate policy expert reacts to a new study claiming many pathogens could be exacerbated by climate change. http://apple.co/2HPocUL

The Note is a daily ABC News feature that highlights the day's top stories in politics. Please check Thursday for the latest.