An about-face from Sen. Joe Manchin on Tuesday evening helped to set the Senate on an unexpected glide path to averting a Friday night shutdown.

The funding bill, which will keep the government running through Dec. 16, easily earned the 60 votes necessary to clear a procedural hurdle during a Tuesday vote. Seventy-two Senators supported moving forward with the proposal.

It was not expected to be so easy.

For several weeks, Majority Leader Chuck Schumer of New York has been carefully balancing his promise to Manchin to include Manchin's permitting change proposal on a must-pass bill before the fiscal year ends on Sept. 30 — despite a growing coalition of members on both sides of the aisle vowing to block any short-term funding bill that included Manchin's changes.

Schumer gave assurances to Manchin in order to secure the West Virginia Democrat’s essential support for the party's major social spending and tax bill this summer, the Inflation Reduction Act.

As recently as Monday, Manchin was holding firm to that promise. He spent the weekend working the phones, rallying support and publishing op-eds extolling the benefits — according to him — that his legislation would heap upon both renewable and non-renewable energy sources, over cries from critics that it would support further fossil fuel development. He believed there was a path to 60 votes.

But then he relented. 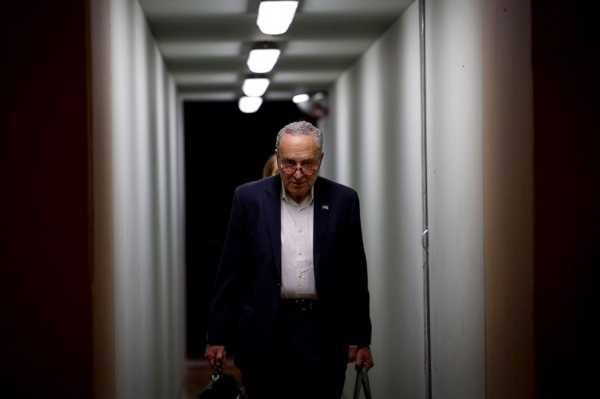 In a statement on Tuesday just half an hour before the Senate was set to vote down a short-term funding bill that included permitting changes, Manchin announced that he had requested Schumer remove his language from the bill.

"It is unfortunate that members of the United States Senate are allowing politics to put the energy security of our nation at risk. The last several months, we have seen firsthand the destruction that is possible as Vladimir Putin continues to weaponize energy. A failed vote on something as critical as comprehensive permitting reform only serves to embolden leaders like Putin who wish to see America fail,” Manchin said in a statement. "For that reason and my firmly held belief that we should never come to the brink of a government shutdown over politics, I have asked Majority Leader Schumer to remove the permitting language from the Continuing Resolution we will vote on this evening.”

"Senate Republicans have made clear they will block legislation to fund the government if it includes bipartisan permitting reform, because they’ve chosen to obstruct instead of work in a bipartisan way to achieve something they’ve long claimed they want to do," Schumer said.

Republicans were largely united in their intention to block a funding bill that included Manchin’s permitting language. Senate Minority Leader Mitch McConnell of Kentucky actively whipped against it.

Though much of the GOP conference supports permitting changes, many saw this vote as an opportunity to push back on Manchin for what they saw as his betrayal when he pivoted from opposing the Democrats' sweeping climate and health bill to cast the deciding "yes" vote — an unexpected reversal this summer that, until it was revealed, had lured some Republicans into backing a separate bill on domestic computer-chip manufacturing. 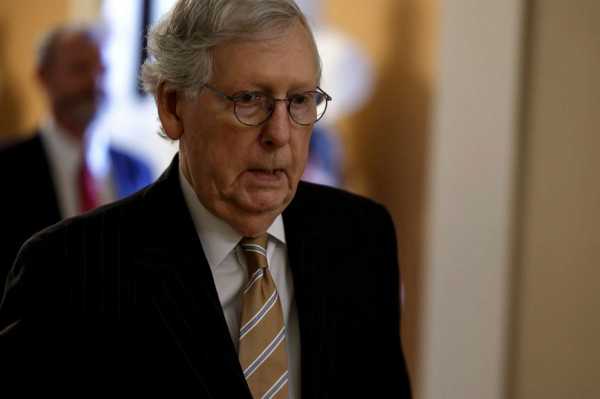 In floor remarks before Manchin’s call to remove his permitting language from the bill, McConnell called the inclusion of Manchin's proposal a "phony fig leaf."

"The poison pill is a phony attempt to address an important topic of permitting reform," McConnell said. "It is much too difficult to build things in America an unleash American energy. Liberal regulations are the problem."

But Republicans weren’t the only ones working to block the funding bill when it included Manchin's language.

Vermont independent Sen. Bernie Sanders had vowed to vote against it too, citing concerns about the adverse environmental impact that speeding up permitting projects for non-renewable energies could have. In a scathing letter to his colleagues on Friday, Sanders urged Democrats to make what he called an environmentally conscious choice.

"In my view, the time has come for Congress to tell the fossil fuel industry that their short-term profits are not more important than the future of our planet," Sanders wrote.

He also found Schumer and Manchin's behind-the-scenes deal making on the IRA objectionable, branding the agreement that helped yield the Democrats' climate and health bill last year as a "disastrous side deal."

With permitting changes now sidelined, the Senate will likely pass a bill to fund the government as soon as Wednesday. The bill also provides emergency funding for a variety of bipartisan priorities.

Money to Ukraine in their fight against Russia's invasion remains a priority. There's a combined $12.3 billion in aid to Ukraine that includes $3 billion for security assistance, $4.5 billion in economic support and $3.7 in drawdown authority for weapons.

This comes in the wake of Russian President Vladimir Putin last week suggesting that tactical nuclear weapons could be used to change the course of his invasion of Ukraine, groundlessly accusing the West of threatening Russia's territorial integrity. 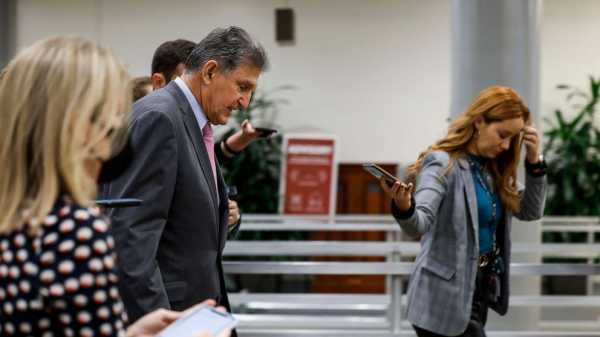 Sen. Joe Manchin is followed by reporters as he walks through the Senate Subway of the Capitol, Sept. 27, 2022.Anna Moneymaker/Getty Images

Jackson, Mississippi, would see a $20 million influx of cash to assist with the ongoing water crisis that has left many of its citizens without clean drinking water for more than a month. New Mexico, ravaged by wildfires last year, would get $2.5 billion to assist in rebuilding efforts.

And, as conversations about the cost of energy swirl, there's language in the bill to provide $1 billion in low-income heating assistance.

The legislation also averts a potential funding crisis at the Food and Drug Administration by including reauthorization for FDA user fees. But Democrats' long sought COVID-19 priorities have once again fallen by the wayside.

The Biden administration wanted Congress to approve an additional $22 billion in funds to combat COVID-19 via vaccine research and additional testing. Republicans have blocked multiple efforts to secure these funds, arguing that there are still remaining monies yet to be utilized and questioning the necessity of additional spending.

GOP lawmakers once again prevailed in blocking COVID funds, this time by keeping supplemental funding off of the short-term bill.

MORE: How much has US military aid helped Ukraine's stunning offensive?

"We are not going to give up," Jean-Pierre said. "We need to protect and build on the progress we have made. We will continue that process."

Once the Senate passes the short-term funding bill, that legislation will need to pass the House before the Sept. 30 fiscal year deadline. The House could begin considering it as soon as Thursday. 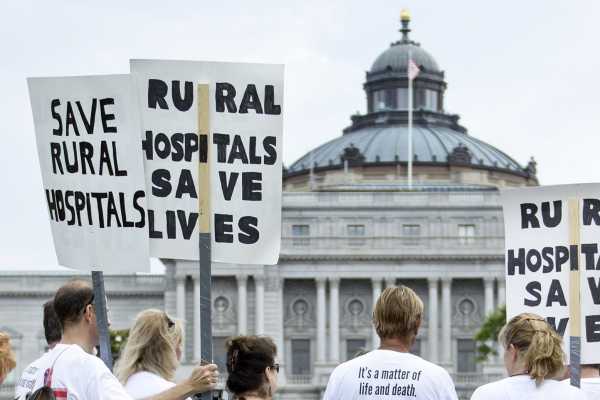 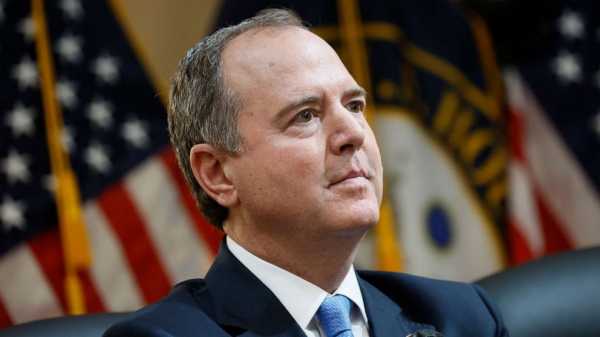