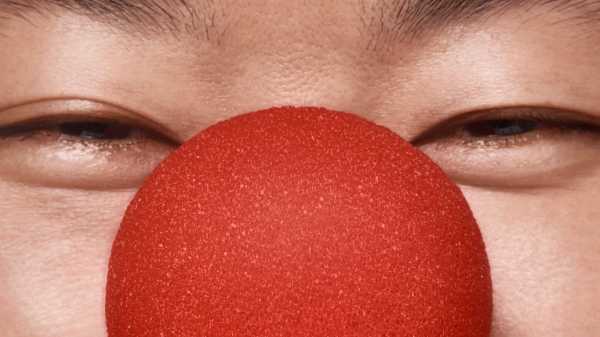 Political strategists on winning campaigns are visited like gurus after an election, with reporters looking to discern secrets of success that might be replicated at scale. In this spirit, in the days after the midterms, the Independent sought out Joe Calvello, the communications director for John Fetterman’s Senate campaign. What should the Democrats do to win more often? “You gotta find someone who’s six foot eight,” Calvello said. “The biggest candidate you can find.”

Calvello’s joke was a fitting capstone to what was the funniest campaign of the midterms. The race between the very tall Fetterman and the television doctor Mehmet Oz had its moments of gravity, but, for much of the summer, it was defined by a one-sided meme war from Fetterman’s team against Oz, painting him as an out-of-touch quack from New Jersey. The most potent weapon in this war was supplied by Oz himself, whose stunt shopping at a local grocery store to highlight inflation became this cycle’s Dukakis in the tank. In a viral clip, Oz first misidentifies the store he’s in, calling it “Wegner’s”—a portmanteau of Wegmans and Redner’s, though perhaps the doctor was thinking of Wegener’s granulomatosis, a rare disease of the blood vessels. Then he starts grabbing vegetables off the shelves. “Guys, that’s twenty dollars for crudités!” he says, taking it all in. “And this doesn’t include the tequila!” More campaign lessons: remind your rich-guy candidate of the perils of words that take accents, and keep him out of the produce section.

It’s always nice, the world being what it is, when our most self-important fellow-citizens make fools of themselves, and save us the trouble of doing it for them. But not all the best jokes are self-inflicted. Here is a collection of some of the funniest lines, performances, and events of the past year. Pass the Cuervo! 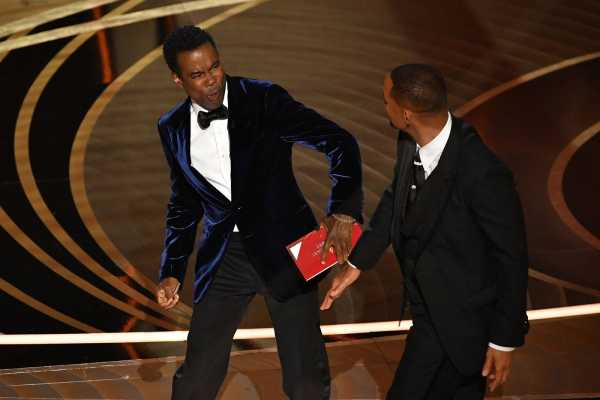 The joke that Chris Rock made at the Oscars, in March, that provoked a moment of very public violent dissociation from Will Smith was not especially funny. Something about Smith’s wife, Jada Pinkett Smith, and the largely forgotten nineties war movie “G.I. Jane.” A Bruce Vilanch special: lightly bad taste, seemingly harmless, even Will Smith seemed to laugh before changing his mind. But, in the seconds after being slapped onstage, Rock demonstrated why he was up there in the first place. As the audience looked on, speechless, he knew just the right thing to say. “Will Smith just smacked the shit out of me!” Oh, yeah, that.

In Jordan Peele’s “Nope”—part sci-fi epic, part show-biz satire—Keke Palmer is a stream of energy, playing Emerald Haywood, a member of a horse-training family who is on the make in a handful of different ways. In an early scene, introducing safety protocols on a film set, she outlines her family’s connections to movie history—and the role of Black performers in Hollywood—and then swerves to promote herself. “I direct, write, produce, act. I do a little singing on the side,” she says, in rapid fire, with a little singsong tossed in. “Uh, motorcycles, baby. Look, I make a mean grilled-cheese. If you’re looking for crafty, just holler at me.” It’s a vivid performance, bouncing off the stoicism of her co-star, Daniel Kaluuya—and the wide-eyed Palmer serves as an ideal audience avatar for all the “Oh, shit!” moments that the film cooks up. 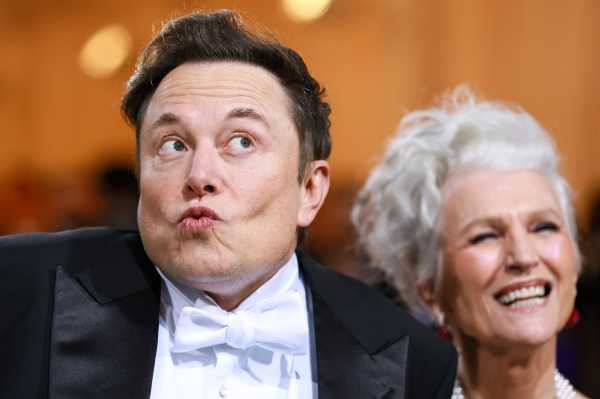 Where to begin—and where will it end? Elon Musk seems to like jokes. He began his reign as the owner of Twitter by carrying a sink into the company’s lobby—“let that sink in,” in meme parlance—which is the kind of thing that a billionaire does when he has no one around to tell him it isn’t funny. But Musk’s chaotic stewardship—mass resignations, strange policy reversals, parody accounts run amok—did spark comedy, as users reminisced about their favorite posts, re-created the weirdness of the platform’s early days, finally told the truths they’d been hiding, and tweeted gleefully as the site spiralled. 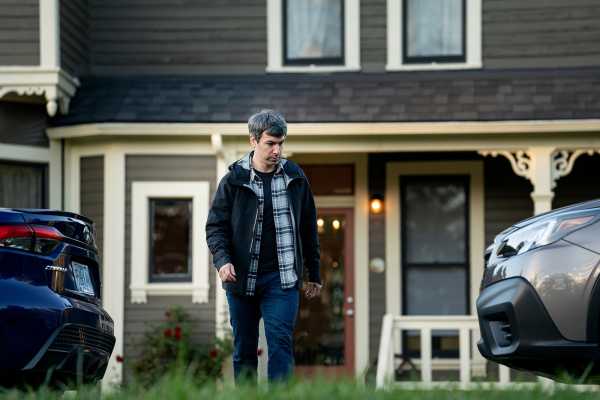 The first season of Nathan Fielder’s latest gonzo meta-documentary, “The Rehearsal,” was full of indelible characters, agonizingly awkward circumstances, and even a toddler physician named Dr. Fart. But nothing quite matched the appearance of a man named Robbin, who briefly joined Fielder’s meticulous experiment in child-raising, before bolting in the middle of the night. Robbin saw meaning in random numbers wherever he looked, expressed deep hostility toward his skeptical roommate, and couldn’t stop talking about a car crash. “I made a few bad decisions and ended up totalling my Scion tC at a hundred miles an hour,” he says, as if repeating a mantra. The show variously captivated and enraged viewers, but everyone could agree that Robbin was both an unforgettable presence and an especially lousy driver: following directions with his phone in his lap, hitting the road after doing bong rips, and openly flouting the law. “You don’t need a license plate to drive?” Fielder asks him, incredulously, when he sees his car. “No,” Robbin replies. A man has never sounded so sure in his life. 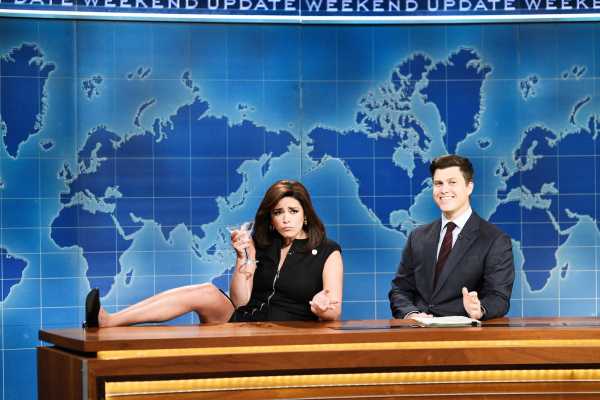 During eleven seasons as a master impressionist on “Saturday Night Live,” Strong has been particularly adept at capturing the strain of slick, smug, aggressive femininity that has flourished on the American right. She’s played, among dozens of others, Carly Fiorina, Tulsi Gabbard, and, most memorably, a shouty, drink-sloshing caricature of the Fox News personality Jeanine Pirro. This year, she took on the Arizona gubernatorial candidate Kari Lake, a former TV news anchor and Trump acolyte who did everything needed to become a political star except, it turned out, actually win her race. “In my life, I’ve sent back over two thousand salads,” Strong said this fall, playing Lake. “And I’m not afraid to do the same thing with democracy.” Strong often performs with a veneer of cruel toughness, but she’s also shown remarkable vulnerability while doing segments on “Weekend Update,” arguing for abortion rights. 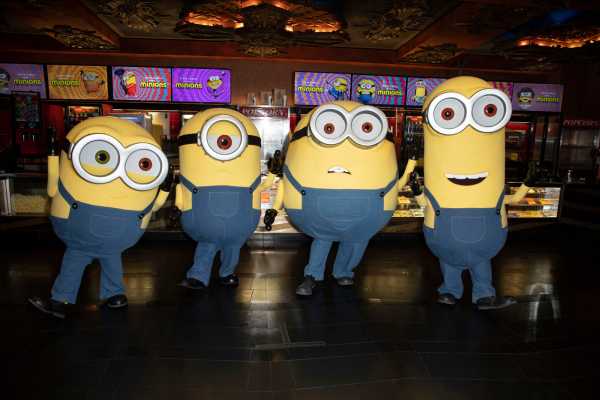 The kids are all right. I think? This summer, spurred on by a TikTok trend, teen-aged boys across the world put on formalwear and flocked to theatres to watch the animated feature “Minions: The Rise of Gru.” Were these gentlemen making an ironic comment on reaching adulthood? A sincere comment on a movie franchise that spanned their youth? Best to not think too hard on it. Some unruly behavior was reported, but, for the most part, this was a moment of uncomplicated good feeling. The film’s distributor, Universal, tweeted, “to everyone showing up to @Minions in suits: we see you and we love you.” 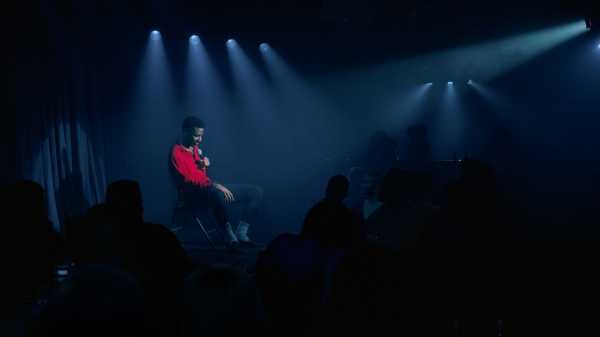 “We’ve got a lot of shit to talk about,” Carmichael says to the small audience at the Blue Note, near the start of his recent special. That shit is mostly secrets—his father’s, and his own—but it’s also money, friendship, and the difference between being blandly nice and extending true acceptance and love. During the set, Carmichael comes out as gay, and throughout he deftly plays with pacing, volume, and mood, creating an intimacy with the crowd that yields surprising interactions. In one great bit, he laughs ruefully through a story about how his friend told him he felt tricked into having a gay best friend. Brutal, but then Carmichael twists it. Who’s got the power here—and who really needs whom? It turns out, Carmichael tells the audience, that this best friend owes him eighty-five thousand dollars.

The Queen died. The pound cratered. Three Prime Ministers in a year. Who better to capture the dismal mood in England than a group of pale, retirement-age gents who perform absolutely vile and hilarious U.K.-drill-style hip-hop? The video for the Northern Boys song “Party Time”—which features the members Norman Pain and Patrick Karneigh, Jr., rapping about taking pills, living in squalor, and doing unmentionable things to “the salsa dip on a Taco Tuesday”—became a surprise viral hit. “It’s party time, get your drugs out,” they sing in the chorus. “Do you want to make love to a sad old man?” It might all just have been a gag, if the rage and despair weren’t quite so profound—and the song weren’t so damn catchy. 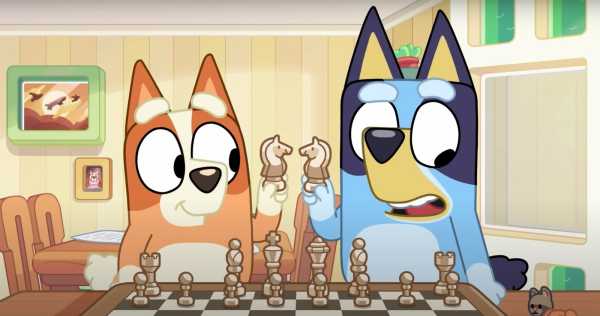 It’s tough to oversell the joys of the Australian children’s series “Bluey.” The episodes about a family of cattle dogs are short, colorful, imaginative, emotionally complex, and about someplace other than America. (Or Britain! Sorry, Peppa.) The third season arrived on these shores with great fanfare, and the funniest episode features Dad trying to teach his daughters Bluey and Bingo chess. For the girls, chess quickly becomes “chest”; pawns are “prawns”; knights, of course, are “horsies”; and the girls’ tails go wagging like crazy when they get introduced to the king and queen. Dad’s mild exasperation at the girls’ misunderstanding is amusing, but the best part comes when he casually takes a knight off the board. “It’s O.K., he just starts from back here,” Bluey reassures her sister. “Nah, he’s dead,” Dad explains, matter-of-factly. The girls are shocked. Dead? The parents on “Bluey” are patient, creative, and empathetic, but they’re not perfect all the time. And that’s a comfort. 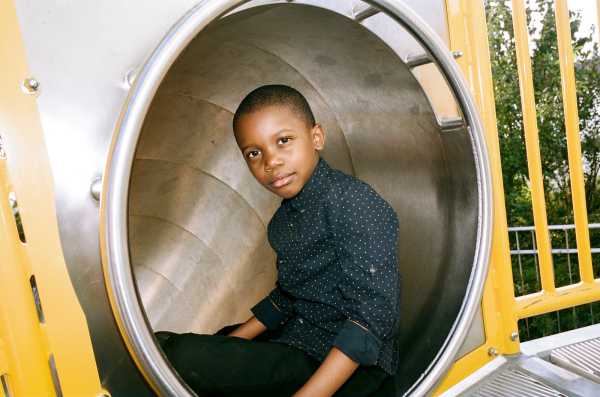 Sure, the Internet gets worse each year. But it still serves its original purpose, which is to disseminate videos of kids being cute and funny in ways that are unfathomable until you see them, and then, thereafter, impossible to imagine not existing. And so it was with a seven-year-old New Yorker named Tariq, America’s No. 1 corn fan and an embodiment of life’s better possibilities. Tariq was interviewed earlier this year by the comedian Julian Shapiro-Barnum for his Internet show “Recess Therapy,” and proved that you don’t need all your adult teeth to get after some grilled corn. “But when I tried it with butter, everything changed,” Tariq exclaims. Later, he describes corn as “a big lump with knobs”—a handy description for all kinds of things—and, despite his devotion, appears tolerant of dissent. “Not everyone has to like it to be the best,” he says. “They just have to try it.” Chomp! “I can’t imagine a more beautiful thing.” 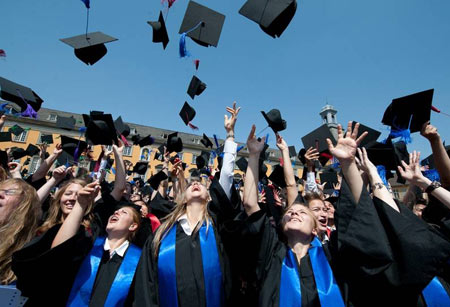 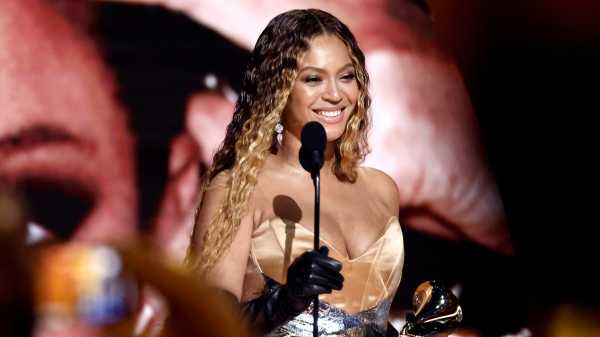 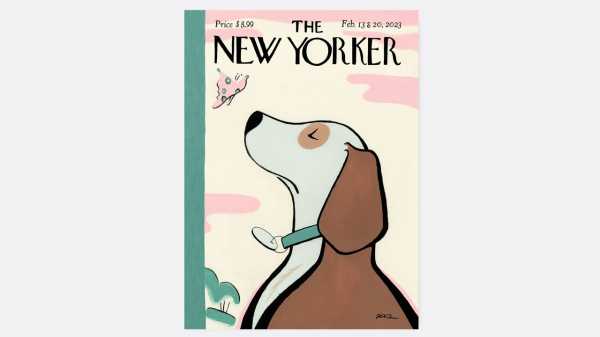